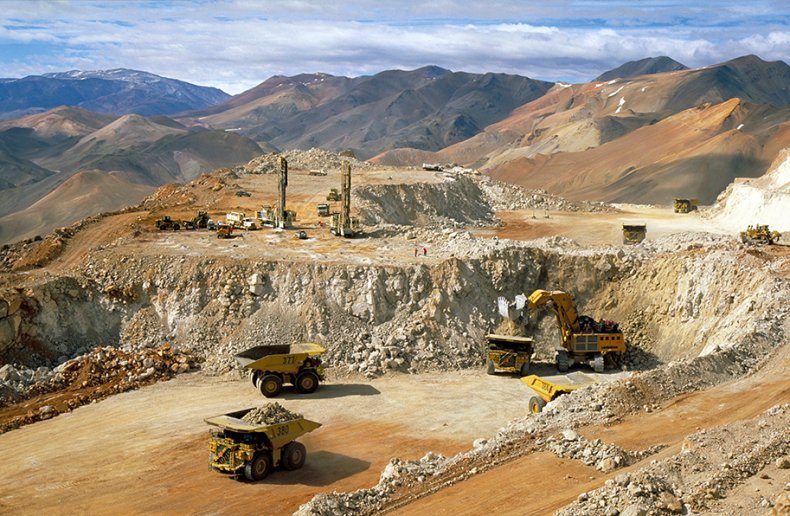 Tanzania is the third largest gold producer on the continent – behind Ghana and South Africa – with mature diamond mines and untapped reserves of nickel, copper, uranium, cobalt, kaolin and platinum. Mining is a crucial sector for Tanzania, generating more than USD 2.5 billion annually and accounting for over 50% of the country’s exports by value. With the collapse of the tourism sector and the surge on international gold markets amid the COVID-19 pandemic, mining became the main source of foreign exchange, cementing the importance of the industry. 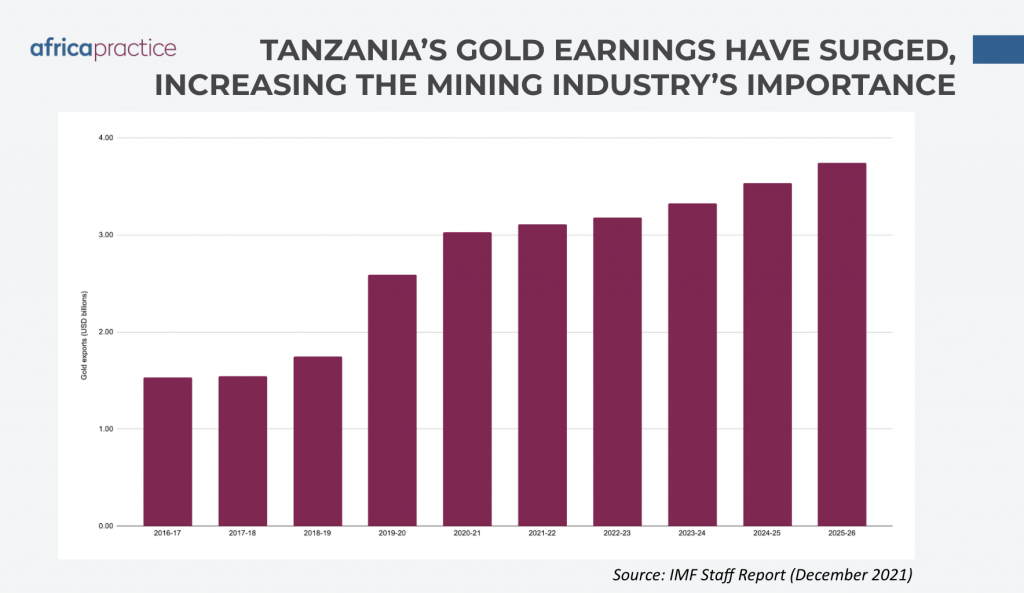 Decades of political stability following independence enabled Tanzania to attract major international investors, including Barrick Gold, which operates the Bulyanhulu, North Mara and Buzwagi gold mines; AngloGold Ashanti, which operates the Geita gold mine, and Petra Diamonds, which operates the Williamson mine. However, international investors have periodically found themselves exposed to the whim of the Tanzanian authorities by virtue of having to deal with myriad ministries and politicised regulators, including bodies responsible for mining, water, land, power and environmental issues.

In the mining sector alone, the Ministry of Minerals oversees policymaking, while the Mining Commission acts as the sector regulator, and the Presidency remains an important actor, appointing both the Minister and the Executive Secretary of the Commission. The current Minister, Doto Mashaka Biteko, has made great strides on artisanal mining helping to increase popular support for the sector.

Investor sentiment is recovering after a difficult period  under former President John Magufuli (2015-21), who took a hostile and adversarial stance towards overseas investors, particularly in the extractive industries. Disappointed with revenues from the gold industry, Magufuli claimed that mining companies were under-reporting their exports in a bid to dodge taxes. In 2017, Magufuli enacted drastic reforms: he overhauled the mining laws, awarded the government a 16% free carried interest in all mining projects, and amended royalties, hiking rates for gold and diamonds. These measures, introduced to boost revenues and increase government control over a sector deemed too privatised, spooked foreign investors.

Barrick found itself in Magufuli’s cross-hairs, with its Tanzania operations cripped by an export ban. In October 2019, the government reached an out-of-court settlement, with the company paying USD 300 million to settle outstanding tax and other disputes. In return, Barrick secured the lifting of the concentrate export ban and formed a joint venture with the Tanzanian government. The new operating company – Twiga Minerals – will share future economic benefits from the mines equally.

The death of President Magufuli in March 2021 prompted a change in this hard-line approach. The new government, led by President Samia Suluhu, has pledged its “commitment to the development of the mining sector,” with the aim of the mining sector accounting for 10% of the country’s GDP by 2025, up from 6.7% in 2020. In December 2021, Tanzania signed new framework agreements with Australian companies Strandline Resources, Black Rock Mining and OreCorp – which was awarded a special mining licence for its Nyanzaga gold project, reflecting over USD 100 million in committed capex.

South Africa’s Petra Diamonds also secured a new framework agreement for its Williamson mine, with the government securing a greater stake in operations. The company is currently in the process of offloading a 50% stake (less one share) to local mining contractor Caspian, thereby securing Williamson’s long-term future.

President Samia Suluhu has also been well received by other important players. Tim Carstens, CEO of Base Resources, which received exploration licences for mineral sands in Q2-2021, welcomed the government’s “positive outlook for its mining sector, and the exciting opportunities offered by the resources present in Tanzania.”

Hilaire Diarra, a Malian expert on sustainability and ESG in the African extractive industry, agrees with this sentiment: “The clear communication from the President of Tanzania about the government’s willingness to attract foreign investors in the mining sector has sent a strong signal. Tanzania is in fact a very good destination for investment, despite minor administrative hurdles.”

This is illustrated by mining giant BHP’s investment in the Kabanga Nickel project in January 2022 – its first investment in Africa since the company spun off its coal operations as South 32 in 2015. BHP’s involvement in the project has the potential to accelerate the development of what is believed to be the world’s largest development-ready nickel sulphide deposit. The Bunyu graphite project, owned by Volt Resources, has the potential to be similarly transformative with estimated reserves of 127.4Mt graded at a TGC of 4.36%, containing 5.6Mt of graphite concentrate.

The combination of abundant mineral reserves, a new more investor friendly government, and the entrance of major players such as BHP points to Tanzania being able to leverage its expertise in gold and diamonds to develop minerals critical to the energy transition.

Antoine Drogoul, Associate Consultant at Africa Practice, with a particular focus on Francophone Africa. He can be contacted at [email protected].