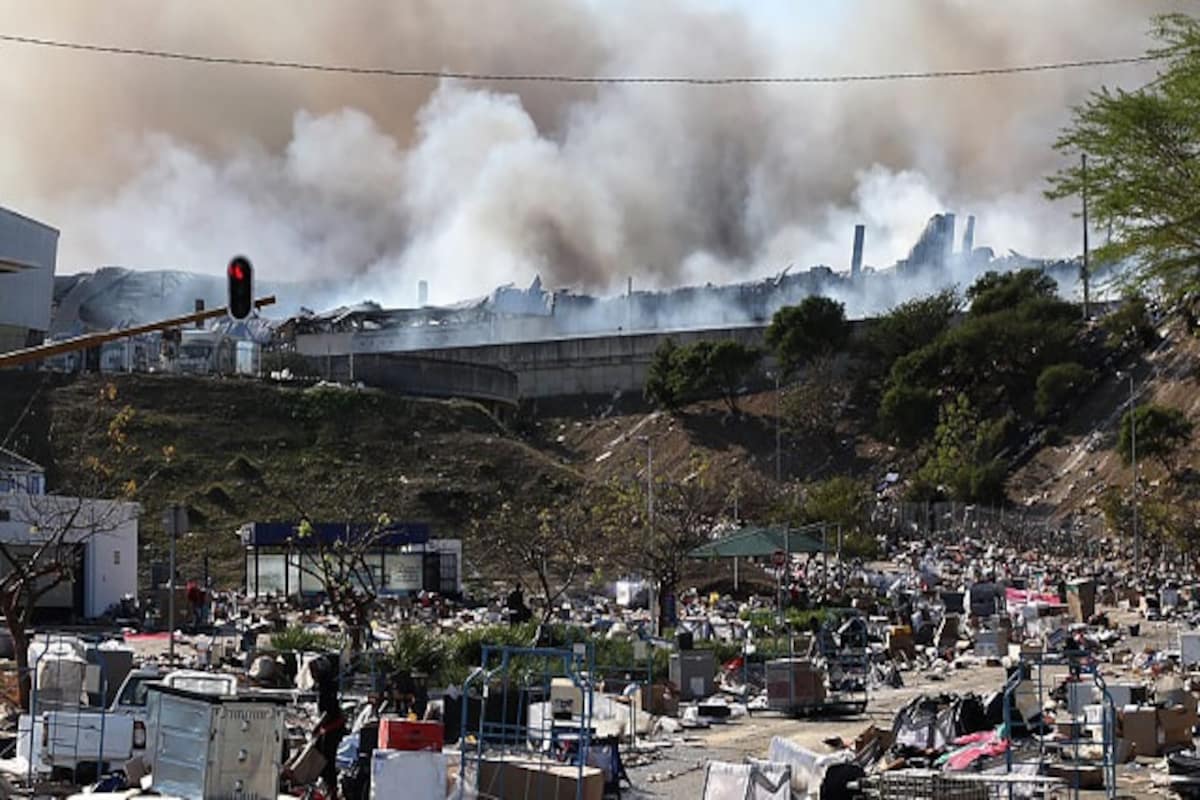 The charitable acts of solidarity that usually take place every year on Mandela Day, 18 July,  were preempted not by commemoration but by necessity. The rampant looting, public violence, arson, and destruction throughout KwaZulu-Natal and parts of Gauteng over the last two weeks have decimated small-town and informal economies. The country is rebuilding –  largely led by community efforts –  but how did we get here, and what lessons have we learned to prevent this happening again?

A moment of reckoning

In order for state capture to have succeeded, oversight and accountability must first have failed. To little surprise, following the sentencing of former President Jacob Zuma to imprisonment for contempt of court, defences of unaccountable leadership echoed loudly across factions of the ruling African National Congress (ANC). Zuma’s contempt, however, goes beyond a court order –  to the very idea of justice itself. The corruption underpinning his presidency was predicated on a near destruction of the country’s criminal justice system, seen in the hollowing out of institutions, entrenched through circumvention of due process in appointments, and erosion of independence by the executive.

The material and enduring conditions that guarantee things stay unequal remain: a failed public education system; the resultant shortage of skills, capacity, and access to market opportunities; patriarchal norms placing black women on the frontline of abuse, exploitation and violence; a disempowered youth and beleaguered civil society.  The images of crowds looting food and essential goods remind us of the degree of strife. The destruction of infrastructure and planned attacks on blood banks, ports, and fuel reserves reveal, however, an  entirely different ambition.

Adjudicating the challenge of legacy

President Cyril Ramaphosa has had no respite from the legacy tests associated with South Africa’s democratic transition. Three major challenges presented to him upon taking office in 2018 were to meaningfully address:

Throw in the rapidly solidifying factionalism in the ruling ANC, stunted policy progress on land, health, and energy, and an unprecedented global pandemic, and Ramaphosa, arguably, has the least enviable job in the country.

High on the hopes of the New Dawn, an economic growth agenda revealed in Ramaphosa’s inaugural State of the Nation (SONA) address, the ability of a new government to soothe the fresh wounds of state capture seemed promising. But public sympathy for the magnitude of the task ahead has waned fast. The praise for Ramaphosa’s early decisiveness to go into lockdown, and implement restrictions to contain the spread of the virus, quickly dissipated as it became clear that the government was operating with poor coordination, little transparency or consultation, and inconsistent reliance on science and data. The economic realities of repeated lockdowns have hit hard, devastating small business, and plunging the most vulnerable and marginalised of South African society into further desperation.

The clarion calls are clear

The instigation of public violence in support of Zuma is but one marker of political opportunism at play. The third wave of the COVID-19 pandemic has brought with it a return to lockdown, and limited economic activity.

The time for ducking heads and wringing of hands is over. Political incumbents wield a powerful, but regrettably underutilised, tool – the ability to leverage the mandate of representation, and act in the public interest. We identify five high-level priorities for Ramaphosa’s government, and the actions that need to be taken to stabilise:

Kimera Chetty is a consultant in Africa Practice’s Public Policy and Regulatory Affairs team. She can be contacted on [email protected]