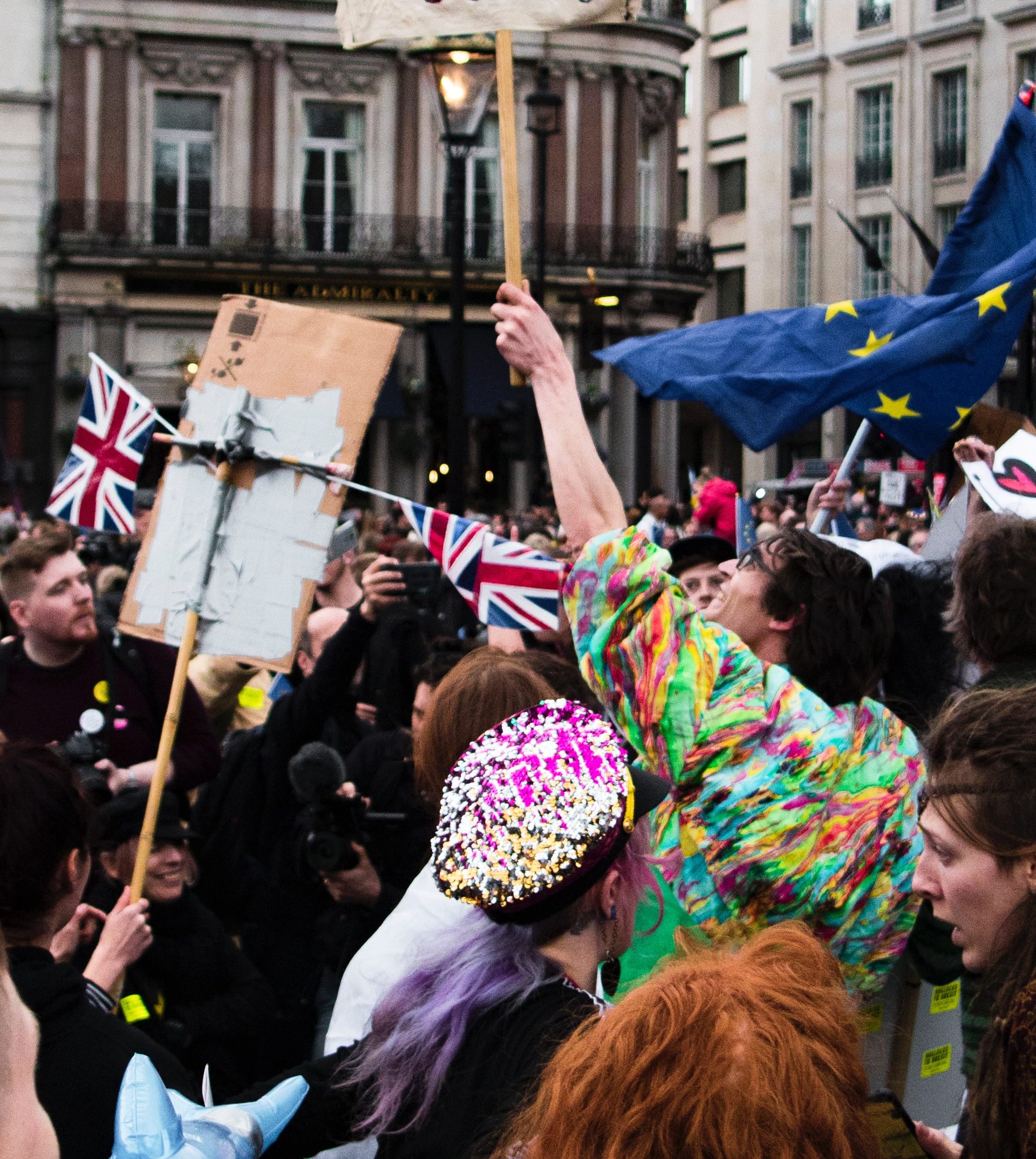 BREXIT AND ITS IMPLICATIONS FOR AFRICA

The UK’s Brexit vote on 23 June has sent shock waves across the globe. As Africa pursues a dream of closer economic integration, policymakers and business people will be reflecting on whether this really does mean an end to current assumptions around trade and international relations. More immediately, many African countries are struggling with international market volatility and pressures on their currencies, and Brexit will do little do help. What will it take for this short-term pain to translate into long-term gain for Britain’s relationship with Africa?

As was widely anticipated, the Brexit decision has generated heightened short-term volatility in global markets, unnerving investors who are fleeing to ‘safe assets’, notably gold and credit-worthy sovereign bonds. This has already seen the South African Rand fall by a further 8% against the dollar following earlier losses in the last year.

Brexit has also come at a bad time for Nigeria which has just removed currency controls and liberalised oil prices. With the government hoping these domestic initiatives would ease pressures on the Naira, the Brexit decision is likely to dilute the impact of monetary easing by curtailing the flow of foreign currency into the market, testing the Nigerian government’s resolve to uphold liberal policies.

In terms of overall economic impact, levels of direct exposure vary considerably between countries. Only about 4% of sub-Saharan African exports are to the UK. However this disguises regional variations. The UK is South Africa’s largest trading partner, and Kenya’s third largest. They are likely to be hit harder than others, at least in the short-to-medium term. In time, however, relationships could well deepen as mutual interests align and the UK seeks to recalibrate its global trade relations.

As the shape of Britain’s new relationship becomes more defined, volatility is likely to ease in the coming months, limiting the extent to which Africa’s frontier and emerging markets suffer long-term damage from the Brexit decision. Similarly, although the fall in the value of sterling and broader flux in the markets has also hit some African stocks (particularly those which are dual listed in London), this likely reflects short-term volatility rather than signalling a sustained drop in confidence in global capital markets.

African governments may in fact end up paying a heavier price at a time when debt burdens are already on the up again. Yields on dollar bonds have risen in Kenya, Ghana, South Africa and also in Nigeria, where yields on its dollar bond maturing in 2023 have already risen 24 basis points. As volatility increases, and the dollar strengthens relatively, borrowing is likely to become more expensive for African governments and businesses alike. This may notably temper the appetite for future Eurobond issuances.

Trade deals are on everyone’s lips. The EU’s preferential trade agreements with every African country except Libya and South Sudan are, by and large, the UK’s trade deals with those countries.  With the UK’s immediate need to focus on re-forging its status with Europe, these are very unlikely to change radically in the near term. For a quick fix, The UK could convert them wholesale. If the UK decides to leave the EU but remain in the EU common market, there will in fact be little change at all.

Over the longer term, should the UK determine against remaining in the common market in order to ensure greater control over migration policy, there could be real opportunity for Africa to build bilateral trade. A post-Brexit Britain will be looking to strengthen its relationships with fast-growing emerging markets, as certain members of the ‘Leave’ campaign such as Boris Johnson and James Duddridge, the Minister for Africa, have stated. A natural focus will be the 19 Commonwealth nations in Africa, which share a language, history, system of government and large diaspora populations with the UK.

It should be remembered that any progress on this front will require commitment from both sides, and some African governments could be lukewarm towards Britain and the Commonwealth if the terms are not right. With Britain keen to build its relationships outside of Europe, and without the heft of the European bloc behind it, African governments may benefit from better negotiating positions than they are accustomed to having. In addition, there may be opportunities for Africa’s agricultural producers in particular if Britain ditches the subsidies entailed by the EU’s controversial Common Agricultural Policy.

Just last week it was reported that African leaders arriving in Kigali would be among the first to use a new African Union passport, which promises to free up travel between African countries at last. In January, 26 African leaders opened negotiations towards a regional trade bloc stretching from Cape to Cairo. One might think that Africa is moving towards greater integration, while the UK, and – depending on what happens next – Europe, are turning their backs on it.

In fact, there is no room to be complacent. The passport will only open to head of states for now. Africa remains the least integrated continent on earth in terms of commerce and freedom of movement. The World Bank estimates that intra-African trade costs around 50% more in tariffs, fees and logistics than it does in East Asia, which is the next most expensive region. There is certainly more talk than action from governments on this front, even if some notable progress has been made, most obviously in the East African Community (EAC).

Brexit will be highly instructive for those who dream of an economically and politically integrated Africa. And while more lessons will be drawn as the process unfolds, some suggest themselves immediately. Brexit shows the sheer difficulty of pursuing common international aims against the grain of the perceived national interest. Nationalism and economic protectionism remain powerful reactionary forces on the continent, and cannot be underestimated by government.

Care should be taken not to expand trade blocs too fast and too far. It could be argued that the recent and rapid accession of Eastern European nations, and the resulting migration pressures (perceived or real), precipitated the Brexit result. In Africa, a more realistic aim than the continental free trade area could be effective regional free trade zones. Another important point for policymakers, is to be clear about the agenda for integration: is it political, cultural, or economic, or all of them? The closeness of agreement and commitment required for success is very high.

Brexit may have a considerable impact on migration and the African diaspora. With the fall in sterling, the relative value of remittances from African diaspora in UK will fall in the short-term. For example, the nominal value of money sent back to Nigeria by its diaspora – which amounted to $21bn in 2015 – could well fall by more than 10% depending on sterling’s future trajectory. Zimbabwe, which relies on sterling contributions from an estimated 400,000 nationals in the UK, is also certain to take a hit in the short-term.

Meanwhile, if a ‘points-based’ immigration system is put in place post-Brexit, it may become easier for well-qualified Africans to move to Britain. This may be particularly true of those that come from the Commonwealth. This could fuel resentment in Africa that the UK is cherry-picking the continent’s brightest and best. Conversely, it may put off other immigrants from Africa who see Britain as their top destination, as Britain’s reputation for relative openness may change.

Finally, depending on the ultimate composition of the next British government, there may be negative consequences for Africa in the field of development. One of David Cameron’s flagship initiatives was the ring-fenced 0.7% of GNI for overseas assistance, one of the highest levels in the world.

However, politicians within the Leave camp have long campaigned to scrap this commitment, and reallocate the funds to domestic needs. With the UK’s stated priority of using development as a tool to boost economic growth and bilateral trade, this decision could also have implications for businesses and progressive initiatives like the UK’s Africa Prosperity Fund.

Marcus Courage is founder and CEO of Africa Practice.