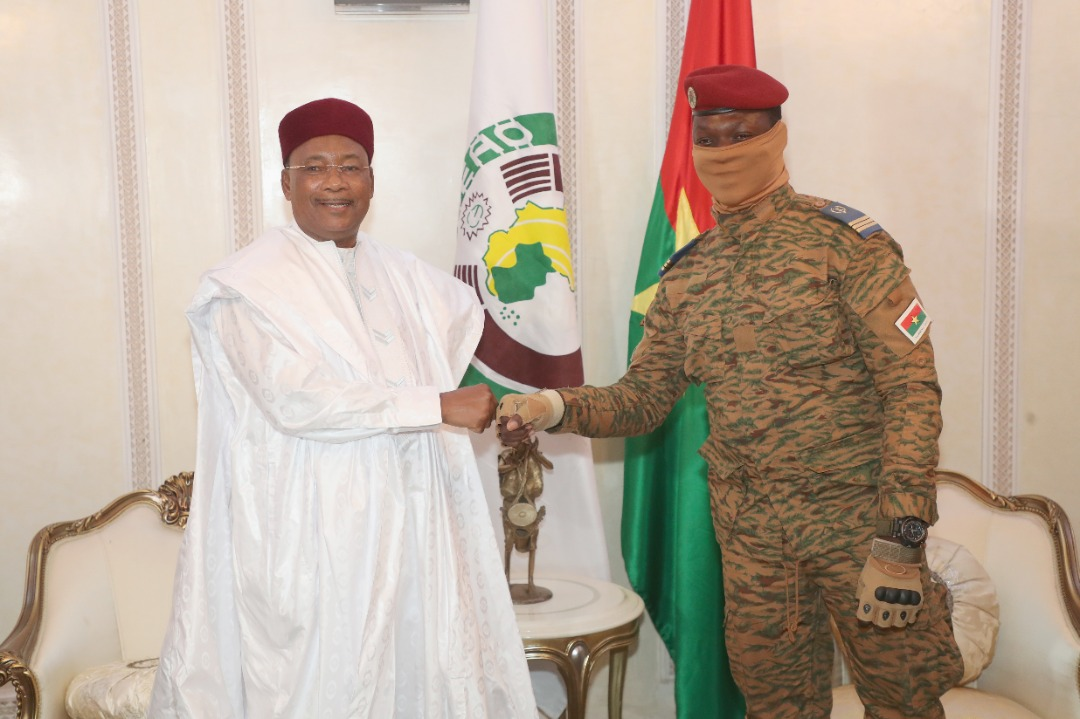 back to all insights |Published 5th Oct 2022

As challenges pile up for Burkina Faso, the country is once again confronted with a coup d’état by elements of its armed forces. In the context of the struggle for influence between France and Russia in the Sahel, ECOWAS is trying to promote a model of democratic transition that is struggling to take hold.

Eight months after the January 2022 coup, a second coup has taken place in Burkina Faso. Since 2020, there have been five coups in the region –two in Mali within an eight-month period– crystalising fears that military takeovers are increasingly becoming the modus operandi. The 30 September counter-coup followed the playbook enacted during Kaboré’s ousting in January. First, there were reports of gunshots from the Camp Baba Sy military base, then masked soldiers blocking streets and finally the national broadcaster going off air. Before there was any confirmation that there had indeed been a seizure of power, the government released a statement saying that “everything was under control.” For 72 hours, after the Patriotic Movement for Safeguard and Restoration (MPSR) had announced Captain Ibrahim Traoré as the coup leader, fears that  Lieutenant-Colonel Damiba would refuse to step down, leading to internal fighting among the military, were widespread.

Interim president Damiba came into power on the platform of improving the state of insecurity, having accused the Kaboré government of a weak security strategy and corruption. Yet under his leadership, nothing changed significantly. Since January, armed groups have increased the intensity of their attacks and are evolving their strategies. Terrorists have blockaded towns in the north, destroying key infrastructure, and in the last couple of months, over 16,000 people have been newly displaced. In April, Damiba had promised accountability to the population, asking them to give him five months. He addressed the country at the five-month mark on 4 September, promising military strategy reform. The speech was criticised by some political actors and CSOs for being vague and lacking in concrete measures. Serving as a bellwether for the interim president’s low approval rating, it spelt the beginning of the end.

Following two weeks of significant military losses against insurgents in the north,  Lieutenant-Colonel Damiba dismissed the defence minister Barthelemy Simporé – further indicating the lack of progress in the fight against terrorism.

In all of this uncertainty, ECOWAS is in the spotlight again. The regional bloc has been playing a central role –albeit to varying degrees of success – in coordinating the transition to civilian rule across the region. For ECOWAS Heads of States, the mainstreaming of military power grabs is an increasingly worrying trend not only for the democratic stability of the region but for their own political ambitions, as the threat of military coups adds to the existing combined threats of insecurity, poor governance and economic instability. ECOWAS released a statement strongly condemning the coup and calling for the military to respect the agreed 24-month timeline for democratic elections. So far, the threat of ECOWAS sanctions have proven to be ineffective in preventing coups in the first place. In fact, the bloc has been unsuccessful in making considerable progress with military governments in Mali and Guinea, with the negotiations with Damiba standing out as a somewhat positive example of cooperation. The bloc’s credibility is fragmented and the extent to which local populations value its contributions is debatable. The ECOWAS delegation to Burkina Faso, headed by former Nigerien president and ECOWAS mediator to Burkina Faso President Mahamadou Issoufou,  was met with public demonstrations – which were condemned by coup leader Captain Ibrahim Traoré.

On the eve of the ECOWAS mission’s arrival in Ouagadougou, ECOWAS chairman, Embalo Sissoco met with French President Emmanuel Macron. While the details of the meeting were not publicly revealed the optics were not favourable given the already palpable anti-ECOWAS and anti-French sentiment in Burkina Faso. This latent antagonism was further stoked after Captain Traoré accused France of protecting and backing Damiba. While France denied any involvement, the population retaliated against French symbols by throwing stones and setting projectiles on fire at the French embassy in Ouagadougou and the French Institute in Bobo-Dioulasso.

As France’s role in the region is coming under threat, Russia’s charm offensive in the Sahel appears to be working. Supporters of the coup, including one soldier were seen waving Russian flags. Damiba’s government had kept its distance from Russia despite growing calls from segments of the population to authorise Russian-Burkinabé security cooperation. There is no clear indication of how Captain Traoré will seek to navigate the complex security situation but a closer relationship with Russia is a clear possibility.

Burkina Faso’s current position is in relapse as the nation is nowhere closer to solving its insecurity crisis. Again, just like Damiba, Traoré is being likened to Thomas Sankara. Such a comparison is not only premature but, it also heaps pressure on a leader just as politically vulnerable as his two most recent predecessors. Captain Traoré has said that he will maintain the 24-month transition period agreed with ECOWAS. The ECOWAS delegation which visited Ouagadougou and met with Traoré also expressed satisfaction in their meeting with the new leader. Despite the context, things appear to be optimistic at best, and static at worst. Burkina Faso has managed to evade sanctions that have fallen on its fellow coup counterparts in Mali and Guinea, if Traoré takes a similar approach as his predecessor, this streak of luck might continue. For ECOWAS however, the pressure piles on. With this new coup in Burkina Faso, the bloc will need to devise more methods to uphold democratic principles across its member states and garner respect for its institutions from an increasingly disenchanted population. Diplomatic back and forth to negotiate the transition timetable will likely distract the government and international partners from addressing the multifaceted challenges facing Burkina Faso, as the country is becoming increasingly vulnerable to increased insecurity, rising food insecurity and the negative impacts of climate change.

Iniye Spiff is a consultant at Africa Practice, with a particular focus on political economy in Anglophone and Francophone Africa. She can be contacted at [email protected]

Alix Bouheddi is an intern at Africa Practice, with a particular focus on Francophone Africa. He can be contacted at [email protected]