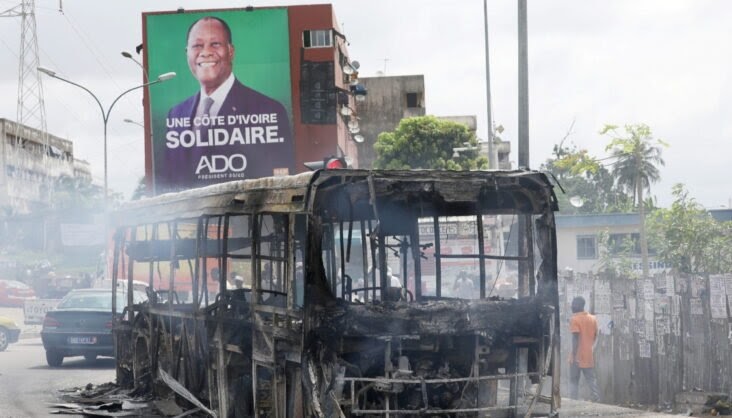 Ivorians will head to the polls this Saturday, 31 October, in an environment characterised by rising ethnic tensions. President Alassane Ouattara’s announcement of a third term bid in August and the main opposition parties’ decision to boycott the election have stoked inter-ethnic tensions, resulting in at least 30 deaths already. A repeat of the violence that followed the 2010 election cannot be ruled out.

In 2016, Côte d’Ivoire adopted a new constitution that limits presidents to two terms in office; it does not, however, specify whether terms served prior to the constitution’s adoption count towards this limit. When the death in July of Prime Minister Amadou Gon Coulibaly from heart failure left Ouattara’s succession plans in tatters, the president reversed his earlier decision not to contest the election.

Opposition figures have challenged the constitutionality of the president’s decision and have urged their supporters to abstain from voting and to disrupt the electoral process by any legal means possible. Both the Economic Community of West African States (ECOWAS) and the Ivorian government have so far failed in their attempts to get the opposition to withdraw its boycott.

The opposition has made clear it will not contest the election until the Electoral Commission and the Constitutional Council have been reformed. Both institutions were responsible for the ratification of Ouattara’s candidacy, but also for denying 40 other applicants the chance to be on the ballot. Only four candidates were approved by the Constitutional Council: Ouattara; Henri Konan Bédié; Pascal Affi N’Guessan; and Kouadio Konan Bertin. Most controversially, former Prime Minister Guillaume Soro – once a close ally and now rival of President Ouattara’s – had his application rejected on the grounds that he had been given a 20-year sentence for alleged embezzlement of public funds, which was handed down in absentia in April.

The febrility of the situation has stoked fears of a return to the kind of crisis that killed 3,000 people in the aftermath of the 2010 election, when then president, Laurent Gbagbo, refused to accept defeat by Ouattara. The reaction of the Ivorian army and security forces to ongoing and further potential protests will be a critical factor in the (de-)escalation of any sustained violence. Large parts of the security apparatus remain effectively divided between the North and South, and as a result, their loyalties are not consolidated. Impunity is also a problem, with various militias and armed youth groups allied to political parties.

Tensions and violence elsewhere in the region – not only in Guinea, but also in Nigeria – are raising concerns that fake news and false images of street protests and violence will proliferate on social media in Côte d’Ivoire too. The opposition in exile, with Soro as its figurehead, is well-versed in exploiting social media as a tool for mass mobilisation.

A Ouattara victory is highly likely if the opposition boycott is maintained, which now seems almost assured. In this case the opposition would not recognise the results, raising the prospect of a resumption of the instability witnessed during the 2010 crisis.

Alex is an Analyst with Africa Practice. Based in the Group’s London office he maintains a focus on Francophone West Africa, working with retained clients in the technology, development and mining sectors. Alex is a native French speaker and holds a BA in History from the University of Warwick.