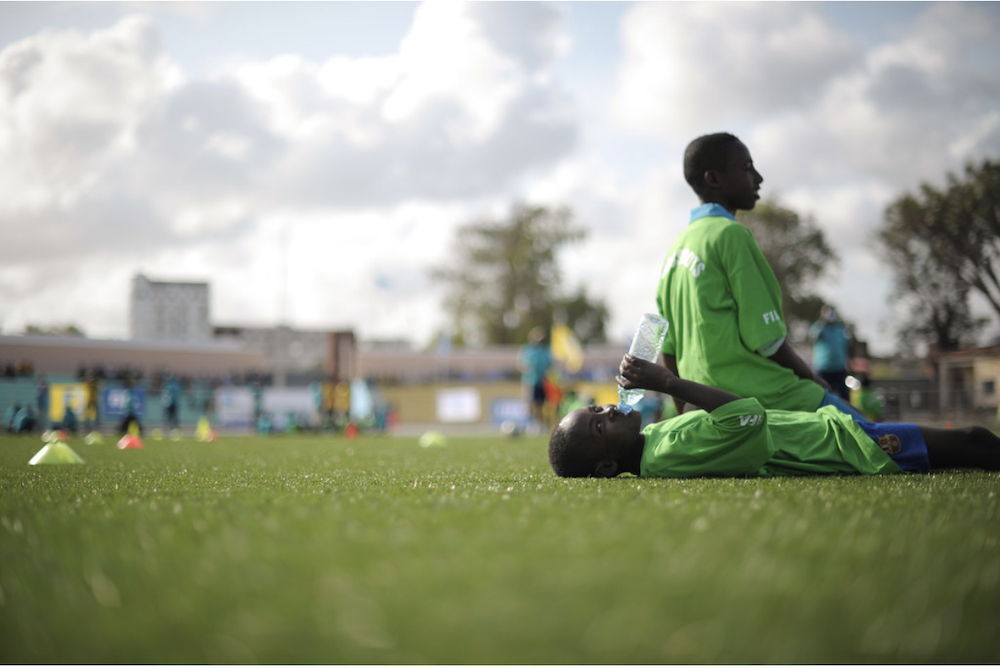 back to all insights |Published 6th Apr 2022

Five African countries – Cameroon, Ghana, Senegal, Tunisia and Morocco – have qualified for the World Cup in November this year. With the average World Cup game in 2018 attracting a live audience of over 191 million people, these teams are each guaranteed at least three games on an unparalleled platform in sports. And they deserve it.

The journey for Africa’s qualifiers is an arduous process of attrition. Comprising 54 teams, Africa’s qualifiers are the second-largest in the world, only just behind Europe’s 55 teams. Yet only 9% of all teams from Africa vying for a place in the tournament qualify, a stark contrast to the 13 teams (24% of all participants) that make it through from Europe.

The continent’s final qualifying round for this year’s tournament included several marquee match-ups, such as a rehash of the AFCON final with Egypt and Senegal, and the Jollof Derby with Nigeria against Ghana. While there was initial excitement for the calibre of fixtures, as the dust settled, an air of unease took hold. For many fans across the continent, these dynamic fixtures happened too soon and were denied an audience on the world stage.

Reading between the rankings

Differential access to the World Cup is usually justified by a seemingly meritocratic assessment of what teams have achieved at previous World Cups and their position in FIFA’s national team rankings. Proponents for the status quo argue that the regional allocation of places correlates with the ability of teams and their historical contribution to football. While 26 European teams rank among the top 50 in the world, the correlation is better understood as a product of this asymmetrical access rather than its cause.

As a historical architect of the international sports system, UEFA has taken measures to create an environment conducive to its growth. The allocation of the World Cup forms a central part of this strategy. By leveraging its national teams’ exposure to high-quality competition and accruing major revenues, UEFA has been able to benefit from the enhanced stakes of their qualifying process. In turn, this has cemented  European national teams’ position at the heart of football’s global economy.

Africa’s qualifying process represents  the other side of the coin. The continent’s limited number of qualifying spots has a stifling effect on the wider development of football across the continent.  As such, African football garners attention only during the scramble for the final places near the end of the qualification phase.

Market access is thus a significant determinant of ability, and to an extent – vice versa. Justifications for the status quo often measure downstream of these dynamics, obscuring power asymmetries and their origins.

Swimming against the current

Cognisant of this, members of football federations across the continent have argued that greater exposure to the world stage is necessary for African football to flourish internationally. This would recognise Africa’s peripheralisation as a symptom of unequal distribution, rather than its cause.

The expansion of the 2026 World Cup to 48 teams is being framed by FIFA as something that addresses this, affording Africa nine places instead of five.  While regional representation under the new format retains similar proportions, it has nonetheless prompted a familiar wave of anxieties surrounding the dilution of quality.

Discussions surrounding the dilution of quality often adopt a zero-sum approach, perhaps recognising how the current “quality” and ability of many teams in the international system is indeed a product of a heavily concentrated and unequal market. However, far from lacking quality, African football has grown despite sub-optimal conditions on both international and domestic levels. It has proven itself to be a highly resilient force.

On an international level, Africa’s exposure to the world’s most prestigious competition has been limited since independence. Between 1950 and 1966, it shared two qualifying spots with Asia and Oceania. The continent only gained five qualifying berths in 1998. Since then, Senegal and Ghana reached the quarter-finals in 2002 and 2010 respectively, with the Black Stars coming close to making the semi-final.

On the domestic level, African football has been directly impacted by the growth of a hyper-commercialised international consumer market in Europe. It has become a quasi-professional extractive ecosystem where young players are signed and exported to the European stage. The swell of the European men’s game has been particularly detrimental to the development of Africa’s domestic leagues.

The current underdevelopment of African leagues means that African nations remain competitive by relying on their players based in Europe. The competitive benefit of having European-based players blurs the lines between the symbiotic and parasitic, provoking the question of whether African nations actually benefit from this arrangement.

Both can be true. Africa is a footballing powerhouse whose energy is dissipated by the need to navigate unequal access to a Eurocentric market structure. However, it has also adapted to this position and become adept at navigating the structures of its footballing extraversion. That is  why many predict there will be an African winner of the World Cup soon regardless of changes made.

The tensions surrounding representation in the World Cup mirror political struggles from Africa. Do we persist with the status quo –  an extractive system that entrenches existing inequalities in terms of access to football at the highest level – and hope that an African team prevails in spite of it? Or do we develop a new, more inclusive paradigm that is conducive to the growth of African football? For Africa there seems to be only one answer.

Lami Mabifa is part of the Communications Team at Africa Practice. He can be contacted on [email protected]