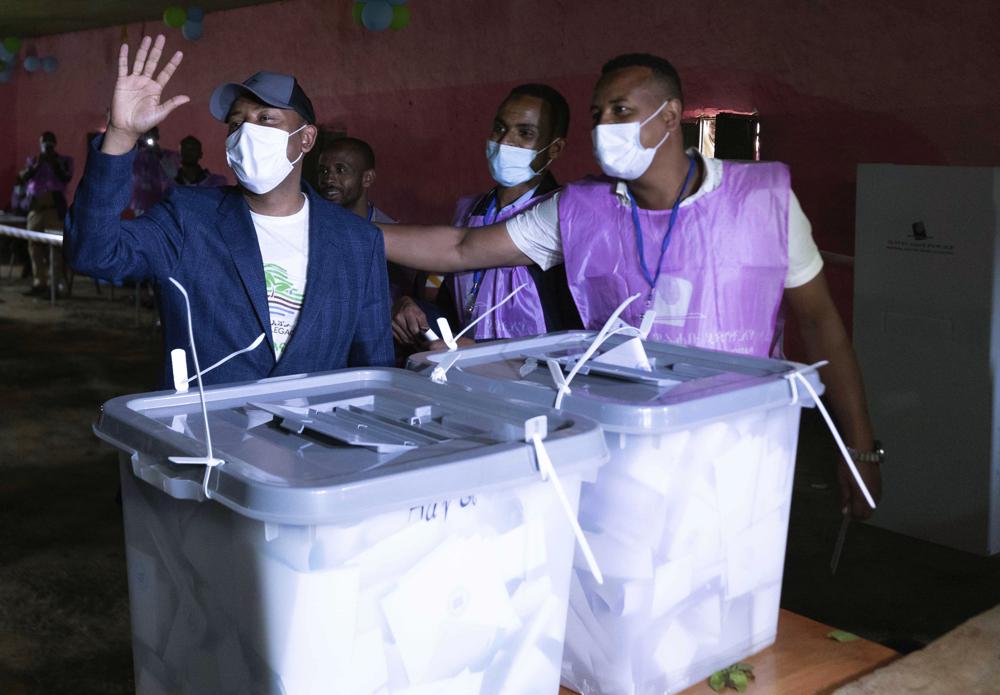 On 10 July, the National Election Board of Ethiopia announced the final results of a delayed, and fragmented, general election, which took place on 21 June. 37 million voters headed to the polls for seats in the federal lower house of parliament, the House of People’s Representatives, as well as regional state assemblies. Originally due in August 2020, the polls were rescheduled twice, due to the ongoing COVID-19 pandemic and then further logistical and security challenges.

As expected, the ruling Prosperity Party (PP) of Prime Minister Abiy Ahmed dominated both federal and regional results, winning 410 out of the 436 constituencies that voted (out of a total of 547 seats in the House of People’s Representatives). A further 11 seats went to opposition parties, and 4 to non-party candidates.

The PP’s dominance was enabled by a number of factors, including an official boycott by the main opposition political parties in the country largest federal state, Oromia, and a poorer than expected showing by some of the main opposition parties – most notably the Ethiopian Citizens for Social Justice (EZEMA) – and in Addis Ababa. There, the PP secured 22 of 23 federal seats, with the remaining independent winner being one of the prime minister’s current special advisers.

More importantly, the election is being re-run in 10 constituencies, with a further round of elections in the Somali and Harar regions due in September. There is no date yet announced for elections in Tigray – where the conflict has been a significant focus of international attention, and pressure, on Ethiopia and the administration of Prime Minister Abiy Ahmed.

These elections were seen as a critical step in Ethiopia’s ongoing democratic transition. But concerns around the narrowing of the political space, centralisation at the federal level and increased international calls for a reconciliation amidst ongoing conflict in the Tigray region will continue to present a challenge for the administration as Abiy enters his first full five-year term.

Against this backdrop, opposition parties have alleged election day intimidation against their observers – in parts of Amhara and the Southern Nations, Nationalities and Peoples’ regions. The domination of the media environment by the ruling party has also been widely decried. Such trends have been a key theme through multiple electoral periods.

The road to the elections has been a fraught one, and the current administration’s approach to them has been a key dividing line amongst different sections of the polarised Ethiopian political sphere. Whilst those who supported the election saw it as integral to the democratic opening in the country, many questioned the legitimacy of the government to delay the polls, even accusing the government of extending its term unconstitutionally. Without the full participation of political actors across the political divide, perceptions that the elections would further polarisation and fragmentation in the country abound.

It was in the midst of this ongoing political polarisation that the conflict in Tigray continues, and is resulting in intense levels of diplomatic and political pressure on Abiy’s administration. The federal government and the dominant party within the former ruling coalition – the Tigray People’s Liberation Front (TPLF)  – remain militarily and politically opposed to one another, with the capture of the regional capital, Mekelle, by Tigrayan forces on June 28th, and withdrawal of federal military forces from the region being a key turning point. An ongoing military offensive further south by Tigrayan forces into disputed territory between the Tigray and Amhara regions, has led Abiy to vow to ‘defend and repel’ any attacks, in a statement released on Twitter on 14th July.

The road to recovery

Calls for a national dialogue and reconciliation process are increasing, as is the potential expansion of a slowly developing sanctions regime. The expansion of any such sanctions, and ensuing economic fallout, would critically affect the PP’s intention to push further economic liberalisation, and make the recovery from the economic impact of the COVID-19 pandemic. The cost of the conflict in Tigray so far is estimated at USD 2.3 billion and is set to rise. This is already felt in the public finances, with the recent announcement that almost half of Ethiopia’s 59 diplomatic missions abroad would be closed.

Amid these internal and external political pressures, gaining electoral legitimacy for Abiy and his administration, as well as their own sense of political legitimacy, cannot be understated. Despite the dominance of the PP in the next parliament, domestic and international scrutiny will continue to present challenges, affecting the government’s ability to implement Abiy’s bold political and economic liberalisation programme.

Tewodros Sile is an associate director at Africa Practice, with a particular focus on  East Africa and the Horn of Africa region. He can be contacted at [email protected]