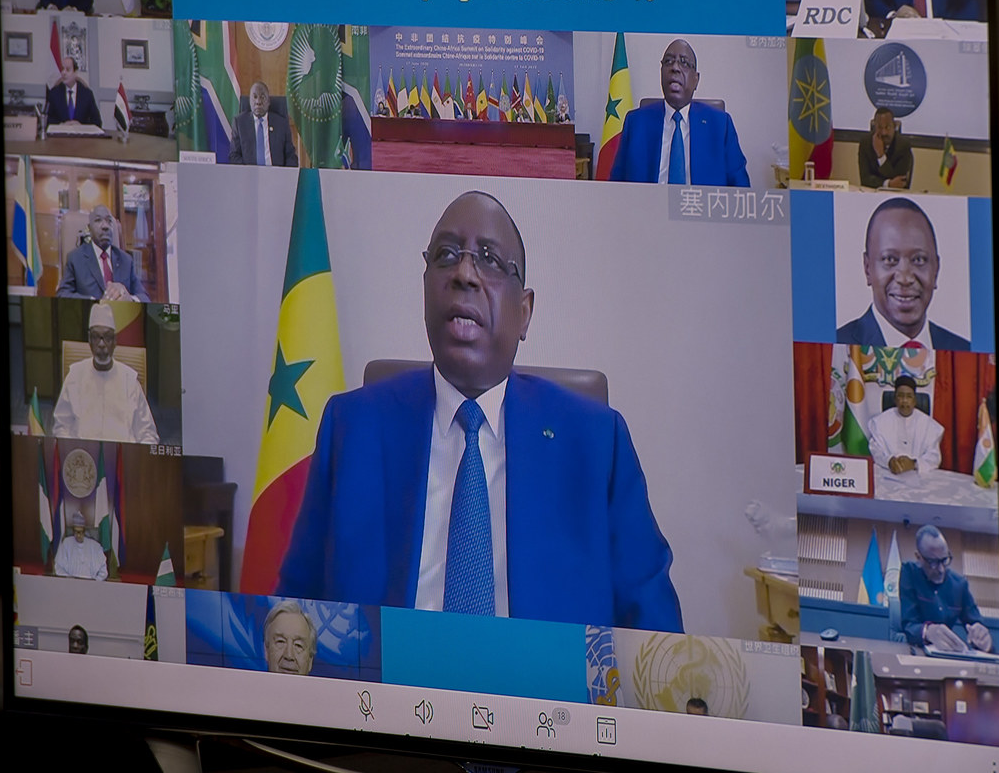 back to all insights |Published 8th Dec 2021

Of all the Africa+ 1 summits, the Forum on China–Africa Cooperation (FOCAC) is arguably the most anticipated. In the last 20 years since the forum was launched, Sino-African cooperation has deepened. China remains the continent’s foremost bilateral trade partner with a combined trade value of USD 187 million. It has made substantial investments across key axes in health, manufacturing and industrial capacity, regional connectivity, agriculture, the digital economy, the environment, military and security.

Beijing’s commitment to the continent at this year’s forum seemingly declined by 33% – from the USD 60 billion announced in 2018, to USD 40 billion for the next three years. However, the true picture of China’s financial commitment is more than meets the eye. The projected amount could total higher than FOCAC 2018, if we take into consideration the cost of the proposed vaccine donations and the planned financing of ten regional industrialisation projects across the continent.

Below, we overview China’s top three priorities on the continent, as outlined during FOCAC 2021.

Perhaps the most eye-catching announcement was President Xi Jinping’s pledge to provide 1 billion vaccines for the continent in support of the AU’s goal to vaccinate at least 60% of Africa’s population by 2022. A total of 600 million doses will be donated and 400 million doses manufactured through joint production at new facilities in Egypt and Morocco.

If China fulfils this pledge, it will put to shame other countries in the Global North that have struggled to support the continent’s vaccination needs. Given the recent travel bans following the detection of the Omicron variant, China’s announcement will be crucial to boosting the regional COVID-19 response.

Since the start of the pandemic, Beijing has reinforced its commitment to health cooperation for a continent that has been largely isolated. China has pledged to maintain current public health assistance beyond the pandemic into longer-term cooperation to improve public health systems in Africa. This will include sending medical teams, offering medical supplies, building friendship hospitals and offering short-term mobile medical services. Beijing announced plans to assist Africa in building centres for disease control and prevention and is already building the Africa Centre for Disease Control and Prevention headquarters in Addis Ababa.

In previous years, infrastructure has been a major focus, but this has been subject to a change in priorities to include more targeted investments. Slower economic growth and weakening currencies across the continent have meant that African governments are less likely to push for debt tied to infrastructure projects. Instead, China is ramping up import projections, setting USD 300 billion targets for African imports in the next three years. To achieve this, Beijing is establishing “Green Lanes” which will increase the range of products benefitting from zero-tariff treatment for African agricultural exports, in a bid to boost trade levels. This ambitious target, if met, is set to position Africa as an important trade partner on par with the Latin American and Caribbean region.

China will also encourage its businesses to invest at least USD 10 billion in Africa over the next three years and will establish a platform for China-Africa private investment promotion. Additionally, it will provide credit facilities worth USD 10 billion to African financial institutions, support the development of African SMEs on a priority basis, and establish a China-Africa cross border centre using Beijing’s currency, the renminbi.

China is also ready to channel USD 10 billion from its share of the IMF’s new allocation of special drawing rights (SDRs) to African countries. Its total allocation of SDRs is worth about USD 40 billion.  African governments will likely welcome the liquidity boost, as they did following the last SDR issuance amid the global financial crisis.

For the first time since FOCAC began in 2000, an issue-driven resolution has materialised – the China-Africa Joint Declaration on Climate Cooperation. In keeping with its announcement at the UN General Meeting in September, Beijing maintained its commitment to halting the construction of new coal-fired power stations overseas. For Africa, this would cut the amount of proposed coal power by half and will eliminate the pipeline for new coal plants in African countries.

Through this declaration, we can expect China to make the shift from being the major financial supporter of new coal plants on the continent to financing renewable energy solutions. We can thus expect a strategic partnership for addressing climate change involving defending the interest of developing countries, strengthening South-South cooperation and expanding areas of cooperation. Where there are existing climate projects, including material donation, low carbon development demonstration zones and collaboration on climate adaptation preparedness, China and Africa will speed up implementation. Beijing has also committed to increasing its support for African countries to better harness alternative energy including wind, solar, hydro and biogas.

Iniye Spiff is an associate consultant focusing on political and economic insights in West Africa. She can be contacted at [email protected]