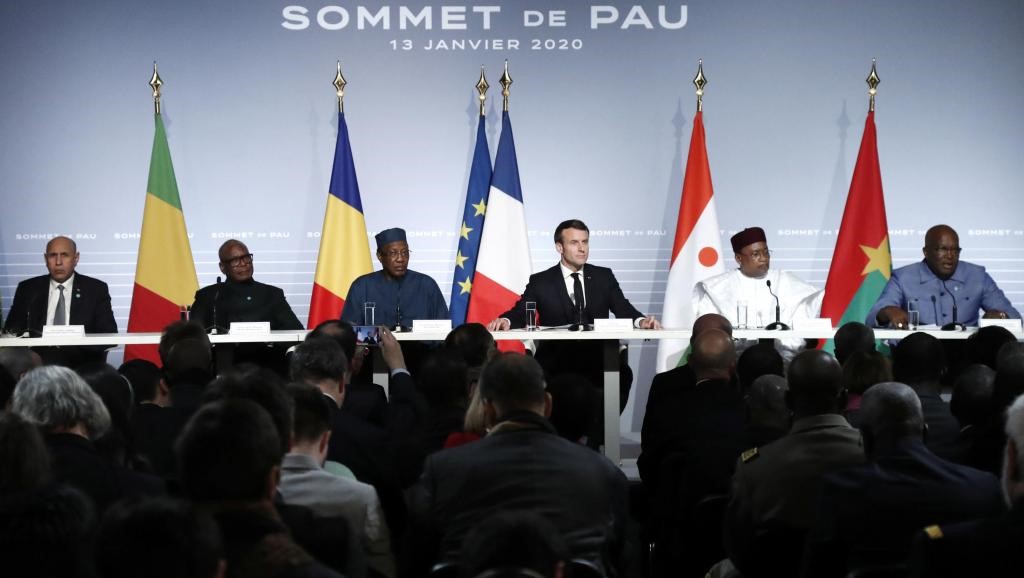 On 13 and 14 January, French President Emmanuel Macron held a meeting in Pau with leaders of the G5 Sahel to discuss the ongoing fight against armed groups in the Sahel and France’s role in the region. In December 2019, France had threatened to withdraw its 4,500 troops stationed in the Sahel unless G5 Sahel leaders did more to quell rising anti-French sentiment in the region. Ostensibly, it appears that Macron has achieved some success in this regard. Following the meeting, all members of the G5 Sahel have now publicly declared their support for France’s operations in the region and have agreed to establish the Coalition for the Sahel, which brings together all regional forces under one strategic structure. France has also agreed to send an additional 220 troops to the region. However, while these are positive steps towards greater military cooperation, progress will likely continue to be undermined by a lack of international commitment to the region, namely from the United States which is considering withdrawing its troops entirely. The talks have also been criticised for neglecting to mention key development issues, which remain fundamental to resolving the Sahel crisis.

The Pau meeting has gone a long way towards forging a more conciliatory relationship between France and its regional partners. President Macron has come under increasing pressure both at home and abroad to reassess France’s strategy in the Sahel. In France, onlookers continue to be frustrated by the lack of visible progress in dismantling militant networks and by the high human cost of the fight – the death of 13 French servicemen in a helicopter crash in Mali in December 2019 has only served to heighten these anxieties. At the regional level, Burkina Faso and Mali have seen a marked increase in recent months in anti-French rhetoric both among civil society and government officials, many of whom claim France’s military operations have been ineffective and merely a smokescreen for their economic interests. Indeed, Burkinabe Minister of Defence Cherif Sy, a close confidant of President Kabore, recently published an article in which he denounced the French mission in no uncertain terms. Regional governments must ensure they keep a lid on such rhetoric if they are to retain French support.

While the establishment of the Coalition for the Sahel is a welcome sign of solidarity, a broader international commitment to the region is still lacking. The new coalition will bring together French and G5 forces under a single command structure, which should facilitate more effective joint operations, intelligence sharing and strategic planning. However, key international partners still appear reluctant to engage fully in the region. Germany, for example, has so far played a purely logistical role as part of the UN peacekeeping mission in Mali. While Chancellor Angela Merkel has repeatedly affirmed her support for increasing Germany’s involvement in the Sahel, her ruling coalition partners in the Social Democratic Party have obstructed any further military commitment. Consequently, in recent months Germany has twice rejected calls from France for special forces support. Immigration from the Sahel to Europe remains a priority concern for Chancellor Merkel, but Germany must work through this political deadlock if it is to intensify its operations.

The United States is rumoured to be considering withdrawing its troops from West Africa entirely. Operating primarily from its airbase in Niger, the United States has provided intelligence and logistical services which have proved crucial in supporting regional operations. However, the US 2018 National Security Strategy calls for a reduction in the number of troops deployed on remote counter-terrorism operations and for an increased focus on combating threats from hostile states such as Iran, China and Russia. Both France and the G5 Sahel have called on the United States to maintain its troop presence, warning that its departure will significantly undermine the counter-terrorism effort. While the United States is yet to make an official decision, its recent withdrawal from Syria is indicative of its readiness to exit prolonged remote conflicts and to prioritise more direct national security concerns.

Tristan Puri is a Consultant at Africa Practice. He can be contacted at [email protected]