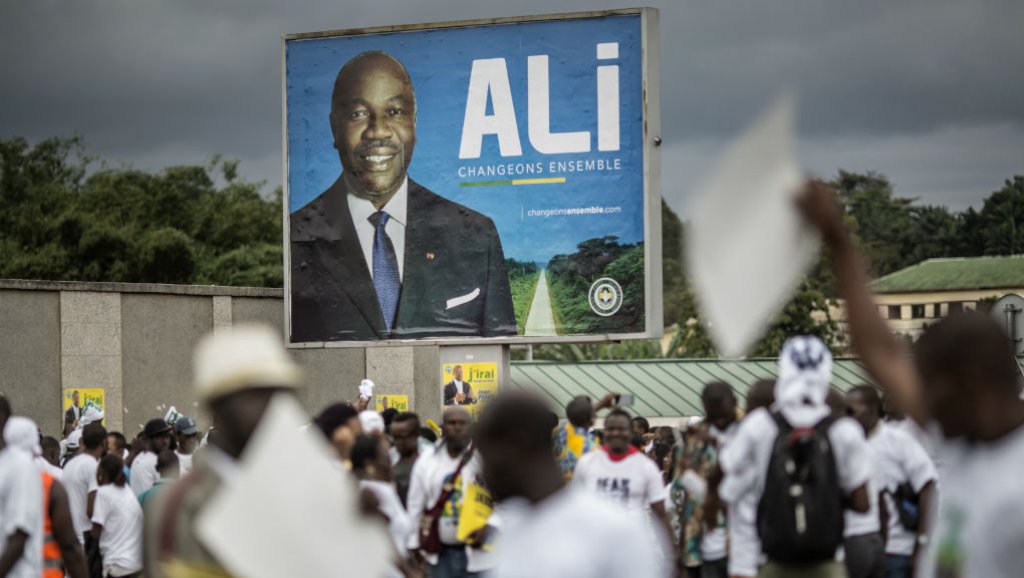 GABON ELECTIONS: BONGO DOWN BUT NOT OUT

back to all insights |Published 7th Jul 2016

With the atmosphere beginning to heat up ahead of Gabon’s presidential elections on 27 August, some commentators have begun to question whether the opposition can pull off a landmark victory, replicating recent opposition triumphs in Nigeria and Benin. A closer look at Gabonese politics and the country’s current political balance would suggest otherwise.

Certainly, the opposition has witnessed a major resurgence having effectively gone into remission after suffering defeat in the 2009 presidential election and a number of leadership and political losses. But its failure to rally around a consensus candidate or form a coherent electoral campaign beyond getting rid of the ruling ‘Bongo clan’ will likely stymie its capacity to effectuate change. This is especially true given Gabon’s electoral system provides for a single round of voting in which the winning candidate only needs to secure more votes than his challengers, rather than an absolute majority.

President Ali Ben Bongo and the ruling Gabonese Democratic Party (PDG) have certainly faced a number of emergent challenges in recent months that will ensure the upcoming election is by no means a breeze. The fall in the oil price has hit the PDG’s war chest hard, while the emergence of prominent opposition figures such as former African Union Chairman Jean Ping, former Prime Minister Raymond Ndong Sima and former Speaker of Parliament Guy Nzouba Ndama, will inevitably erode support in key constituencies. But the ruling party has an unrivaled electoral machine and the imbalances in campaigning resources, media coverage and local administrative control play heavily to Bongo’s favour.

The ruling authorities have bristled at the sight of  ex-PDG stalwarts turning on their former party to lead a vocal and resurgent opposition. The last few weeks have witnessed all sorts of mud-slinging and recriminations with the opposition claiming intimidation and interference while simultaneously launching an opportunistic legal challenge alleging Bongo’s birth certificate is falsified meaning he should therefore be excluded from the election. These dynamics are likely to heighten tensions around the election outcome, increasing the scope for unrest.

The 2009 result saw violent clashes in opposition strongholds in the capital Libreville and oil hub of Port-Gentil. French interests were specifically targeted due to their perceived proximity to the Bongo clan. While the French relationship with Ali Bongo has become more nuanced than the close ties that characterised his father’s rule, there remains a credible risk of further post-electoral urban unrest in the aftermath of the upcoming vote. However, this will remain localised and largely disorganised. Meanwhile, Bongo and the PDG can likely depend on the loyalty and support of the security forces and wider state apparatus, limiting the scope for a major post-electoral crisis. But businesses will need to be prepared for turbulence as a precautionary measure in the immediate aftermath of the result.

Another contested election result will leave another scar on Gabon’s political landscape, potentially resulting in an increase in ‘street politics’ of protest in the coming months. And while political continuity will bring some benefits to business in the relative stability this ensures, the operating environment will remain highly complex due to continued competition and interference between over-lapping power structures in government. Subtle shifts in these power structures are likely in the aftermath of the elections as Bongo seeks to re-assert his authority and reward his key backers. But his much vaunted reformist zeal will continue to fall short of expectations as the President remains beholden to a system which is replete with patronage, corruption and cronyism.

Roddy Barclay is Head of Intelligence and Analysis at Africa Practice, based in London.