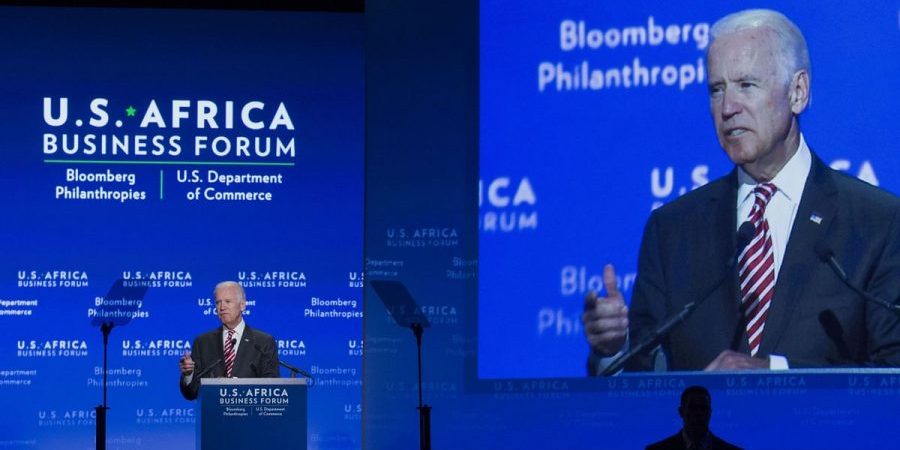 African policy makers and advisors followed last week’s US elections thriller with nervousness and great anticipation. While everyone recognised that a President Joe Biden would be  unlikely to prioritise foreign relations in light of the domestic challenges, hopes were high that at least the tone between the US and Africa would improve under a President that does not consider Africa a continent of ***hole countries.

Now that Biden is confirmed as President-elect, we turn to assess what the win really means for Africa.

African leadership to reform of the world’s trade agenda

Aside from a change in tone, the continent is likely to benefit from Biden’s support for its agenda in international institutions, including the World Health Organisation (WHO), the UN Framework Convention on Climate Change (UNFCCC), the African Development Bank (AfDB), and the World Trade Organisation (WTO). Biden has vowed to accede again to the WHO and UNFCCC Paris accord come January 20, thereby clearing much needed funding for the global health and climate change agendas, and he is likely to support African candidates in the AfDB and WTO.

The WTO has been paralised ever since the US blocked the appointment of new judges for the organisation’s standing appeal court, the Appellate Body, in late 2019. The unexpected resignation of Director General Azevedo one year before the regular end of his term in mid 2020 plunged the institution into an even greater crisis. Among those vying for the highest post in the organisation were three Africans, of whom Nigerian Ngozi Okonjo-Iweala was voted among the two finalists, alongside South Korea’s Trade Minister Yoo Myung-hee. However, the final vote has been blocked by the Trump administration who objects to Okonjo-Iweala despite overwhelming support by the rest of the WTO membership.

The new leader will have to find a way to resuscitate and reform the institution’s dispute settlement system and advance stalled trade negotiations. African leaders are particularly keen to see movement in the area of agriculture trade while widening policy space in favour of public health concerns.

Outgoing DG Azevedo has criticised the WTO’s role – or lack thereof – in the current fight against Covid-19. Despite the organisation’s accord on patents being highly relevant to finding a solution to the equitable distribution of vaccines, the institution has played no role in addressing the pandemic. Ngozi Okonjo-Iweala has made this one of the cornerstones of her campaign for the highest post in the Geneva-based institution, criticising the ninety odd WTO member states who have implemented export restrictions on medical equipment, medicines, and essential foods since the outbreak of the pandemic. Looking back at a high-profile career on the global stage, amongst others acting as General Manager of the World Bank Group, Okonjo-Iweala relies on her experience as board member of the Global Alliance for Vaccines and Immunization (GAVI).

It is this position and her commitment to reform the WTO from a dry trade administrator into an institution that addresses global challenges – such as public health, e-commerce and related fair taxation, and marine biodiversity through rules on fishing subsidies – that had prompted the Trump administration to veto her nomination.

Biden, on the other hand, has signalled support for Okonjo-Iweala who already enjoys the backing from the EU and the vast majority of all WTO Member States, prompting world leaders to recently postpone the final vote and the Annual General Meeting “for reasons including the health situation and current events”.  In light of Biden’s win, Okonjo-Iweala is now likely to be confirmed unanimously in late January.

The team around Biden has also signalled support for the re-election of Nigeria’s Akinwumi Adesina as president of the AfDB, which had been blocked by Trump with reference to allegations he had been cleared of.

After 9/11 and the establishment of Africa Command (AFRICOM), the US military has often been the most visible symbol of U.S. commitment to Africa. Currently, the US has more than 6,000 military personnel on rotational deployment in more than a dozen military outposts across the continent, including Uganda, South Sudan, Senegal, Niger, Gabon, Cameroon, Burkina Faso and the Democratic Republic of Congo.  Earlier this year the Trump administration signaled that it may scale back US military operations in the region, which was met with an appeal from France’s President Macron to reconsider, arguing that the war against terrorism is far from over.  The Pentagon’s far-flung responsibilities are unlikely to change markedly given these threats still remain, even if, as seems likely, a Biden presidency places greater emphasis on other security threats, including pandemics, cyber threats and climate change.

While a Biden win is good news for the global agenda, it may change little with regards to most bilateral relations

The Africa team around Biden consists of many familiar faces, including Antony Blinken who served under Clinton and Obama, Nicholas Burns who began his diplomatic career under Bush (G.W.) and  Susan Rice and Michelle Gavin who represented the US to the UN and Southern Africa, respectively, under the Obama administration. None of them are likely to advocate for a complete shift in policy on Africa matters which has traditionally been reactive and fairly conservative.

Under Michelle Gavin, who is rumoured to become Assistant Secretary of State for African Affairs, the escalating security situation in Mozambique’s North, as well as the dire economic outlook in Zimbabwe, are likely to move into the spotlight, alongside the ongoing dispute between Ethiopia and Egypt over the GERD dam, and the security situation in Libya.

The previously good relations between Ethiopia and US recently worsened when President Trump sided with Egypt over the construction of the GERD dam, and subsequently halted US funding to pressure Prime Minister Abiy Ahmed into a compromise. While the Biden administration will be less supportive of Egypt, the recent escalation of tensions in Ethiopia’s Tigray province will require a nuanced and balanced approach from the new US government. Ahmed’s enthusiastic congratulatory message to Biden and Harris minutes after their victory was announced evidenced his hope for a new beginning.

Meanwhile African leaders appear to be banking on the support of their ally and champion, the US Congressional Black Caucus (CBC), who has the ear of the Biden administration and has previously advocated for the unilateral extension of AGOA market access concessions. An appeal included in Musveni’s congratulatory Tweet already reminded President-elect Biden of the AGOA priority for Africa when stating that “previous American presidents have already positively used [our] linkages by putting in place the African Growth And Opportunity Act… We salute this policy & hope that President Biden maintains it”.

Zimbabwe’s Mnangagwa further hopes to win the support from the CBC in his appeal for the lifting of economic sanctions against Zimbabwe – a stance neither the CBC nor the US government have been willing to entertain since the ousting of former President Mugabe.

As vice president under former President Obama, Biden materially contributed to improving the US-Africa relations, using a friendly and progressive tone, while also recognising the important role of immigrants at home. On the continent, however,  with the exception of two new initiatives – Power Africa and the Young African Leaders Initiative (Yali) –  there was no  major shift in policy. A new President Biden will follow this tune. The best news in the short-term may be that a Biden administration lifts the travel ban for citizens from predominantly muslim countries, and further eases travel restrictions for immigrants from other African nations, while also confirming African leaders into global roles.  We must wait until the new year to find out.

Marie Wilke is the head of Public Policy and Regulatory Affairs at Africa Practice, based out of Gaborone and Johannesburg.  A lawyer by background, Marie served as trade advisor at the SADC Secretariat before joining Africa Practice.