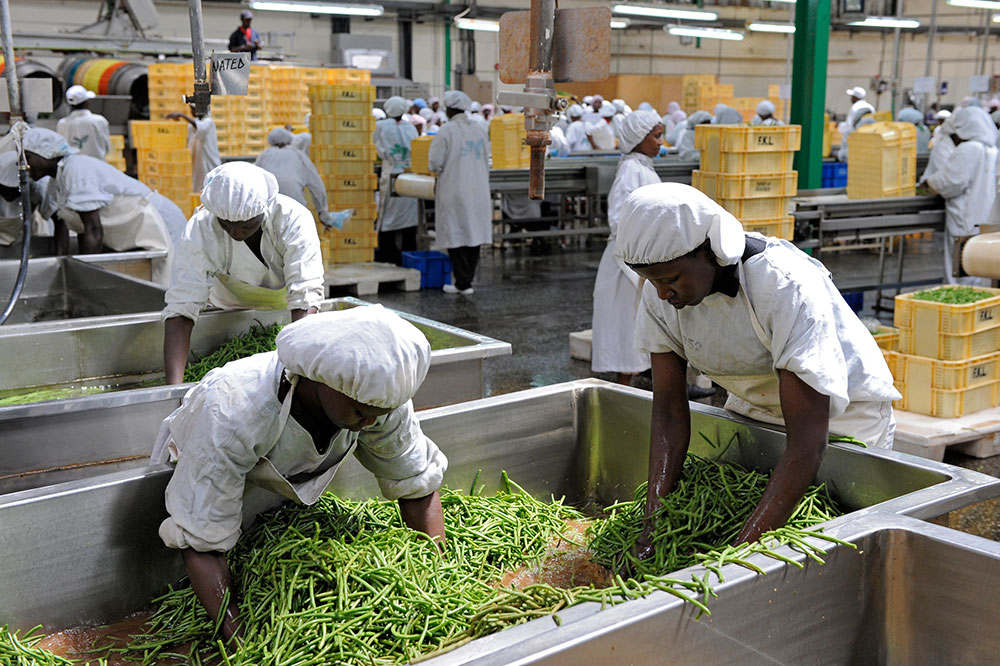 Since stepping into power, President John Magufuli has fixed industrialisation as a top government priority, hoping that by 2020 manufacturing will account for 40 percent of all jobs. Industries producing goods for mass consumption — such as clothes, textiles and food — are incentivised, while the government also maintains a keen focus on the development of power megaprojects as a key enabler of industrialisation.

Industrialisation has become a popular political refrain in Tanzania, similar to the emphasis placed on agricultural development since independence. As the country’s first President Julius Nyerere (1964-1985) precociously said, “to talk of the importance of agriculture is like playing a record which has been heard too often. Yet it remains true.”

With 2020 underway, Tanzania has made some progress in creating a favorable environment for industrialisation through the development of infrastructure and transportation. Notable examples include Dar es Salaam’s bus rapid transit and Terminal 3 of Julius Nyerere International Airport.

Yet 70% of Tanzania’s population live in rural areas and work in agriculture, which is estimated to contribute to approximately a quarter of the country’s GDP. The ongoing Agricultural Sector Development Programme II (ASDP II), launched in June 2018, overtly calls for smallholder commercialisation. The programme prioritises maize, cassava, rice and pulses as central commodity value chains, which together account for 53% of the caloric intake of Tanzanians. ASDP’s first phase of implementation is to be completed by 2025.

These goals resonate well with the intention of the current administration to step up manufacturing and agro-processing industries to push the economy up the value chain. Unlocking agriculture’s potential for wealth creation and contribution to the industrialisation agenda could thus become as central to the government’s agenda as the development of infrastructure megaprojects.

In order to unlock agriculture as a globally competitive sector for Tanzania’s smallholder farmers, a shift towards scaling mechanised and technology-based farming needs to happen. The UN Food and Agriculture Organisation has argued that the demand for mechanisation services in agriculture across sub-Saharan Africa is “latent.” “There is a need, but potential customers – mainly smallholders – are not aware of the existence of such services,” according to a 2016 report.

In our assessment, this is not necessarily the case in Tanzania. It is not that smallholders’ are unaware of the need, but high start-up investment costs provide an unbreachable barrier for farmers. Given the sophistication, capital intensity and investment that agriculture modernisation requires, ingenuity and innovation are more likely to give Tanzania an advantage globally.

One strategy would be prioritising value addition and investment into the sustainable sub-sector. Globally, there is an increased appetite for conscious consumption with a rise in demand for sustainable and ethical goods that are more expensive than mass-market products. The global market for organic food and products is set to grow at an average of 15% per year, and projected to reach USD 262.85 billion by 2022. Furthermore, organic agriculture can be seen as contributing to the achievement of a number of Sustainable Development Goals (SDGs), namely on sustainable agriculture, sustainable consumption and production, climate change and the sustainable use of ecosystems.

In East Africa, the UN East Africa Export Programme (EAEP) raised regional organic exports from USD 4.6 million in 2002-2003 to USD 35 million in 2009-2010. The EAEP encouraged the adoption of a common regional organic standard and brought about a significant increase in crop yields and certified producers across the region. The Ministry of Agriculture is currently working towards integrating organic agriculture into its national agenda and part of its sustainability strategy; in December 2019 it called on stakeholders to identify priority crops for organic farming. Despite this, access to financing remains restricted in Tanzania and further afield. Public expenditure allocations to the sector are diminishing, while 67% percent of organic agriculture smallholders across the continent see the barriers to financing as significant, according to UNCTAD.

The future of Tanzania’s agriculture could thus be sustainable and organic and there is some indication that the government is looking in that direction. Just this week, Deputy Minister of Agriculture Hussein Bashe mentioned that the government will not promote the production of GMO seeds, but will instead rely on the Tanzania Agricultural Research Institute to produce Tanzania’s own seeds. By 2020, all 26 agricultural training institutes in Tanzania are slated to teach Organic Agriculture, Environmental Management, and Gender in Agriculture.

Emphasis on inclusivity and value-chain integration

To spearhead the above sector development model, the gatekeeper at each and every farmgate in Tanzania should be integrated wholly within the value chain.  Smallholder farmers can be part-owners of processing facilities to benefit directly in the value addition process.

To expedite this, the government can: