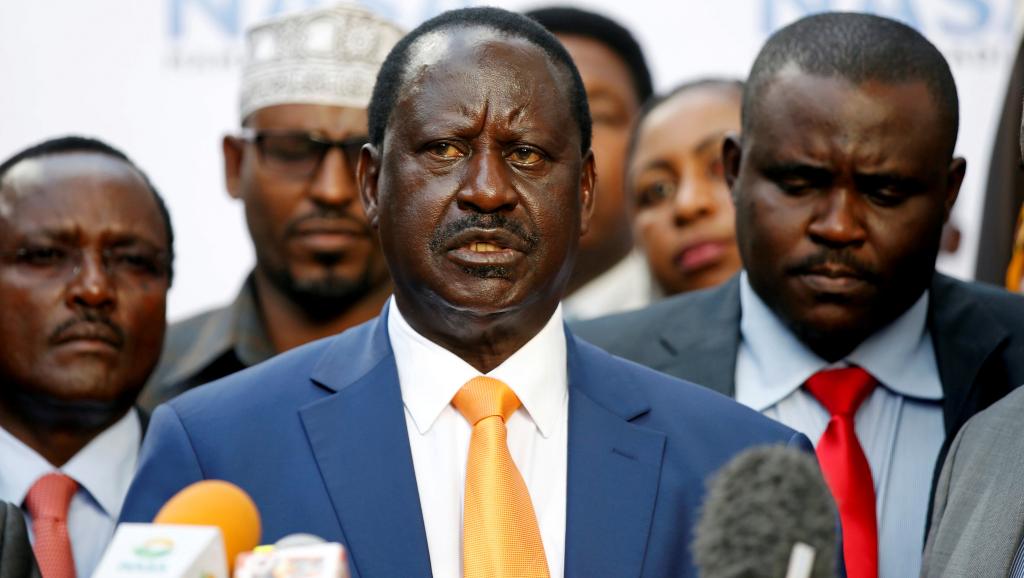 KENYAN ELECTIONS: RAILA TO THE FORE

After chaotic party nominations characterised by political intrigue, organisational disorder and false starts, the candidates have now been selected for the ruling Jubilee party and the opposition National Super Alliance (NASA). Significantly, the main political event of the week was the long-awaited unveiling of Raila Odinga as the NASA flag bearer.

The candidate selection process experienced major hitches, largely due to factors engineered by the parties themselves, but also as a legacy of recent tinkering with electoral laws and a lack of rigorous party process. These difficulties could be a harbinger for an even more chaotic general election, especially given the performance record of the Independent Electoral and Boundaries Commission (IEBC) to date. The IEBC has struggled with a range of issues ranging from personnel deficiencies to procurement flaws and legal changes affecting the electoral calendar.

Despite their chaotic nature, the party nominations revealed several interesting trends. Firstly, voters have become savvier and more empowered as they demand accountability, resulting in the surprise defeat of some incumbents. However, this seems less likely to be as prominent a feature of the elections themselves, when ethnicity and kinship will come to the fore. Secondly and linked to this, the invincibility of some prominent candidates has proven superficial. This is reflected both in direct candidacy losses for some political heavyweights like William Kabogo, but also in instances in which some of Odinga’s favoured candidates lost unexpectedly to newcomers in Nyanza region, and some of Deputy President William Ruto’s supported candidates in the Rift Valley also lost out. These developments could signal declining fortunes for some of the strongmen of Kenyan politics. Thirdly, significantly higher turnout in the nominations in Jubilee zones suggests that the ruling party’s electoral machine has been more effective than the opposition’s. It remains to be seen whether the selection of Odinga as NASA’s flagbearer can revitalise the opposition and drive higher participation.

The long-awaited coronation of Raila Odinga and his running-mate Kalonzo Musyoka as the NASA leadership team has finally offered clarity to the electoral battle ahead. The announcement of the Odinga-Musyoka ticket was not surprising in itself. What was more of a surprise is the fact that NASA has managed to hold together with the four principals, namely: Odinga, Kalonzo, Mudavadi, Wetangula, and the surprise addition of the Bomet Governor Isaac Rutto.

While observers may be tempted to see this alliance as another game of musical chairs, with Jubilee disdainfully dismissing the alliance, Jubilee’s exuberance and hubris about its invincibility in the election may be a big miscalculation for two principal reasons. Firstly, the addition of Mudavadi and Rutto increases the appeal of NASA, and will definitely increase popular support for the party. Mudavadi’s inclusion will also to some extent solidify the Luhya vote, whose past disunity was a potential chink for Jubilee to exploit in its battle to secure an absolute majority in the first round of voting and avoid a potentially heated run-off. Secondly – and informed by recent trends elsewhere in Africa – opposition unity has increased the danger to the incumbent, presenting a potentially potent political force against a Jubilee government that is perceived in some quarters as under-performing and complacent.

Looking ahead, NASA’s unified leadership, coupled with a heated popular debate around government performance and probity makes for a competitive elections outlook. The NASA super-alliance will not be a pushover for Jubilee, and the competition will be intense, providing an uncertain political outlook, and scope for tensions to spill over into localised violence in some hotspots. The evolving political dynamics increase prospects for a second-round run-off requirement. They will also ensure that the campaigning period is vibrant and potentially volatile, with no love lost between the two sides of the political divide.

Concerns will also be raised around the prospects for a stronger opposition challenge to result in post-electoral violence. The opposition is now brimming with confidence and is also highly suspicious about the Jubilee party’s willingness to allow a free and fair vote.  The government has ramped up security around the country, and is ready to deploy the state’s force during and after the elections. This may add to perceptions that the Jubilee party is using its control of the state apparatus to advance its electoral interests and secure its continued incumbency at whatever cost.

If the IEBC can execute a well-managed process that is credible to the majority of voters and the political protagonists alike, violence will be limited. However, recent events do not instil confidence in this respect. As such, even though prospects for major nationwide instability post-election appear relatively limited, businesses would be wise to prepare for an extended period of uncertainty and tension post-elections.

Daniel Ndungu is a Consultant working in Africa Practice’s Intelligence and Analysis team in Nairobi. In this role, Daniel advises clients on understanding political, regulatory and commercial dynamics around their operations and investments. Daniel has previously worked as an Associate at the development advisory firm Dalberg, and as a Business Analyst at TechnoServe, while also working at the Kenya Private Sector Alliance. He holds a BA in Government and Public Administration from Moi University and an MA in Political Science from the Central European University, Budapest as well as an MA in International Development Studies from the London School of Economics.