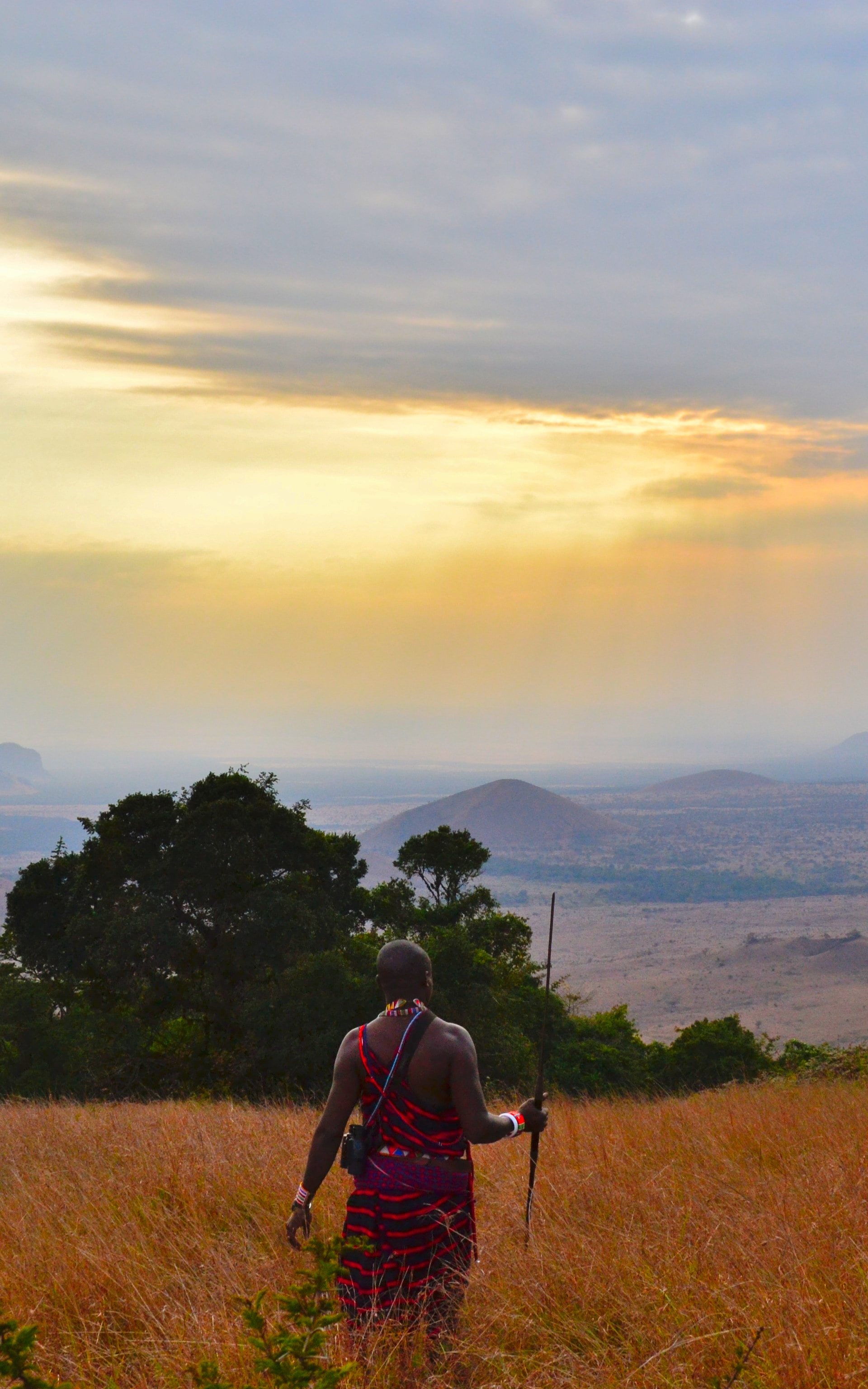 KENYA’S DISPUTED ELECTIONS: INTO THE UNKNOWN

back to all insights |Published 1st Sep 2017

In an unprecedented ruling, the Kenyan Supreme Court today annulled the outcome of the 8 August presidential election following a petition by the losing opposition National Super Alliance (NASA). The landmark ruling invalidates incumbent President Uhuru Kenyatta’s victory and will force a re-run of the election within 60 days. The Supreme Court’s decision is both a positive reflection of the judiciary’s independence and of the country’s commitment to a fair democratic process.

Kenyan politics will now be cast into the unknown, setting the stage for a turbulent few weeks. Raising funds both for the electoral process itself and for campaigning will not be easy, and the political distraction of a high-stakes play will both slow economic activity and run the risk of a more volatile post-election reaction.

The Supreme Court’s decision was based on the grounds that there were notable irregularities and illegalities in the presidential electoral process. The ruling does not affect the legislative and gubernatorial votes, which were held in conjunction with the presidential one – partly because the constitution does not provide for such powers and partly because NASA had not petitioned for this.

The Court’s decision clearly raises significant questions regarding the process leading up to the elections, the conduct of the IEBC and the legitimacy of the results. It also significantly lengthens the period of strategic uncertainty around the elections, providing a major political distraction that will stall policy reform and slow economic activity for the remainder of the calendar year. Businesses will now need to navigate an environment of political flux and uncertainty as they seek to preserve their commercial performance, manage key relationships and mitigate risk.

Key dynamics that now need to be considered include:

Credibility of the IEBC: The conduct of the IEBC is at the core of the Court’s decision. In its ruling, the Court determined that the IEBC broke the law, which raises important questions as to whether the electoral body can be trusted to conduct another election within the slated 60 days. From this, we anticipate a barrage of lawsuits against the IEBC itself, including its chair and CEO, seeking to disband the IEBC’s current leadership. While it is too early to tell if such lawsuits will be successful, the anticipated litigation is likely to detract the IEBC from its projected agenda which includes improving the body’s governance and implementing an updated election system. Other likely petitions against the IEBC include the body’s decisions surrounding the procurement of electoral materials for the ballot. Such legal challenges will present a highly contested and somewhat overwhelming context in which to organise a new poll. With a constitutionally defined timeline to conduct the repeat poll, the IEBC’s actions will undoubtedly remain under close scrutiny and remain an area of contention. Some heads may need to fall in order to create a politically conducive path towards the election re-run.

Governance:  This momentous decision, made a day after the swearing in of members of both the Senate and the National Assembly, means that Kenyatta will hold temporary incumbency, as prescribed by Article 134 of the Constitution, with limited legislative and executive powers. He cannot sign new laws and cannot make new appointments or dismiss persons for whom presidential appointment is needed including Cabinet Secretaries. For now, this will produce a form of legal and political inertia. Due to the nature of a temporary incumbency, we anticipate very little to no movement in the policy and legislative spaces since the temporary president cannot assent any new laws under this limited capacity. As such, organisations and corporations that require the passing of new laws to deliver projects or conduct business will see their plans remain in a state of flux until a new president is sworn in.

While the National Assembly and Senate can technically function independently of the presidency, the executive dictates the legislative agenda in parliament. We therefore expect that the lethargy created by the lack of a substantive president will extend to parliament. This, coupled with the fact that there will most likely be an all-out campaign by respective members of these houses for their party, will mean that parliament will remain an ineffective shell of an institution in the short-term, and any key committees that are formed after the constitution of parliament will be delayed or consequently incapacitated.

The repeat presidential poll will be held by 1 November. Against the backdrop of the legacy issues of the first vote, the re-run result may well face further contestation and petitioning. Were such petitions to be filed and processed, this could push the presidential inauguration into January 2018, depending on political and legal developments.

Independence of the counties: The 2010 Constitution affords the counties relative autonomy, which has yet to be fully tested. This independence will now be tested in the coming months as theoretically, the counties are meant to function at least semi-autonomously. Some level of normalcy is therefore expected at the county level, with county legislation continuing to be being passed. Hence, even while there is paralysis at the national level, if the counties continue to run smoothly, much of the country should continue to receive basic public services. However, the effectiveness of the counties is patchy given their short existence and the capacity problems exhibited in the last five years. In addition, lack of effective leadership at the national level will to some extent affect functioning of the counties. The newly-elected members of county governments will also be involved in campaigning for their presidential candidates, further increasing the potential for ineffectiveness caused by continued political distractions.

Security implications: Given the raised stakes and contested political atmosphere as well as the more drawn-out electoral period, some degree of political violence is inevitable. At least 24 people were killed during the electoral campaign and immediate aftermath. We anticipate further flare-ups over renewed campaigning and the next results announcement. However, on a more positive note, the opposition has shown a willingness to pursue peaceful outcomes and has now surely been reassured around its legal recourse. Combined with the continued active policing of possible flashpoint areas should help to reduce the risk of a 2007-08 post-election crisis re-run.

Economic implications: Perhaps the biggest concern will be around the economic impact. Within ten minutes of the Court’s announcement, the stock exchange saw 50bn Ksh of value wiped off it, and trading has since been temporarily halted. Amid further strategic uncertainty, the general slowdown in the economy will continue as investors maintain a wait-and-see approach, and all eyes remain fixed on the political process. Government spending on programmes may also slow with a knock-on effect on the wider economy. An economic slowdown will also have negative effects on the state’s ability to raise revenue from a depressed economy – a concern given the state’s rising public debt caused by its fiscal and budgetary deficit. Debt financing already accounts for as much as 40% of spending.

New elections and political campaigns: The nullification of Kenyatta’s win dampens the spirit of his campaign. Questions over the Jubilee Party’s conduct during the elections including allegations of use of state resources for campaigns, plagued the President’s re-election bid and fed into the narrative of the polls. The elections re-run will be all about turnout given the limited swing tendencies between the two votes, so Jubilee’s capacity to re-energise its supporters and answer to some of the issues that have arisen around the polls conduct will be critical.

We anticipate that Jubilee will spare no effort in trying to win the repeat vote. Additionally, Jubilee will also be well served by the large number of recently elected politicians in all seats across the country, which may reduce Jubilee’s necessity to expend significant resources. However, with members of both Jubilee and NASA having stretched themselves financially in campaigning for the party primaries and the general election, both parties will have to seek creative means for campaign funding. Both Kenyatta and Odinga will go cap in hand to their allies, supporters and financiers for campaign funding; but for Jubilee, this may also include a temptation to deploy state resources.

Meanwhile, NASA will most likely deploy their principals across the country, re-iterating their messaging about Jubilee’s perceived failures in the last five years to deliver on development goals, and pointing to the flawed election as a reason to seek change. The Alliance will likely raise legal challenges in the coming days about the moral authority of the IEBC to undertake the repeat elections, and will likely litigate against the IEBC and its officials. The political stakes in the election have been raised and NASA is already spoiling for a fight at the ballot and in the courts.

Further litigation: Today’s supreme court ruling has opened a great avenue for litigation. As such, we anticipate that there will be numerous court cases regarding the legal and technical implications of the ruling. Notably, the Supreme Court has yet to rule on certain legalities and technicalities such as allegations involving the use of state resources for campaigns. These decisions will direct the power – or lack thereof – of the current cabinet secretaries. Additionally, the arguments advanced by the Supreme Court as the basis for invalidating the presidential election regarding IEBC’s conduct may open new avenues for contesting of other electoral seats.

Sharon Cheramboss is a Consultant in the Intelligence and Analysis team at Africa Practice based in Nairobi. In this role, she advises private and public sector clients on political and commercial dynamics in the East Africa region, helping them to manage risk and structure effective engagement and communication strategies. Sharon previously worked as a business intelligence consultant at Salamanca Group in London, and as the legal affairs and business intelligence manager at MovaPay in Nairobi. She has a Master’s Degree in Law and Finance from University of Oxford and a Bachelor of Arts degree with First Class Honours in Law, Accounting and Finance.

Daniel Ndungu is a Consultant in the Intelligence and Analysis team, based in Nairobi. In this role, he advises clients on political and commercial dynamics in East Africa. Daniel has formerly worked as an Associate at Dalberg, as well as working for the Kenya Private Sector Alliance focusing on policy, legal and regulatory reforms. He holds a Bachelor of Arts degree in Government and Public Relations, and Masters degrees in Political Science and International Development Studies.

Roddy Barclay is the Director of Intelligence and Analysis at Africa Practice, based in London. In this role, he runs a team of twelve consultants across our London and African offices supporting clients with political risks advisory and business intelligence. Roddy has a background in political risk advisory and was formerly a Senior Consultant on the Africa desk at Control Risks. He has consulted extensively across a wide range of industries and geographies in Africa. He specialises in helping clients to understand the political and stakeholder dynamics around their organisation in order to develop effective engagement strategies and manage risk accordingly. He holds a First Class degree in Modern Languages from the University of Bristol.