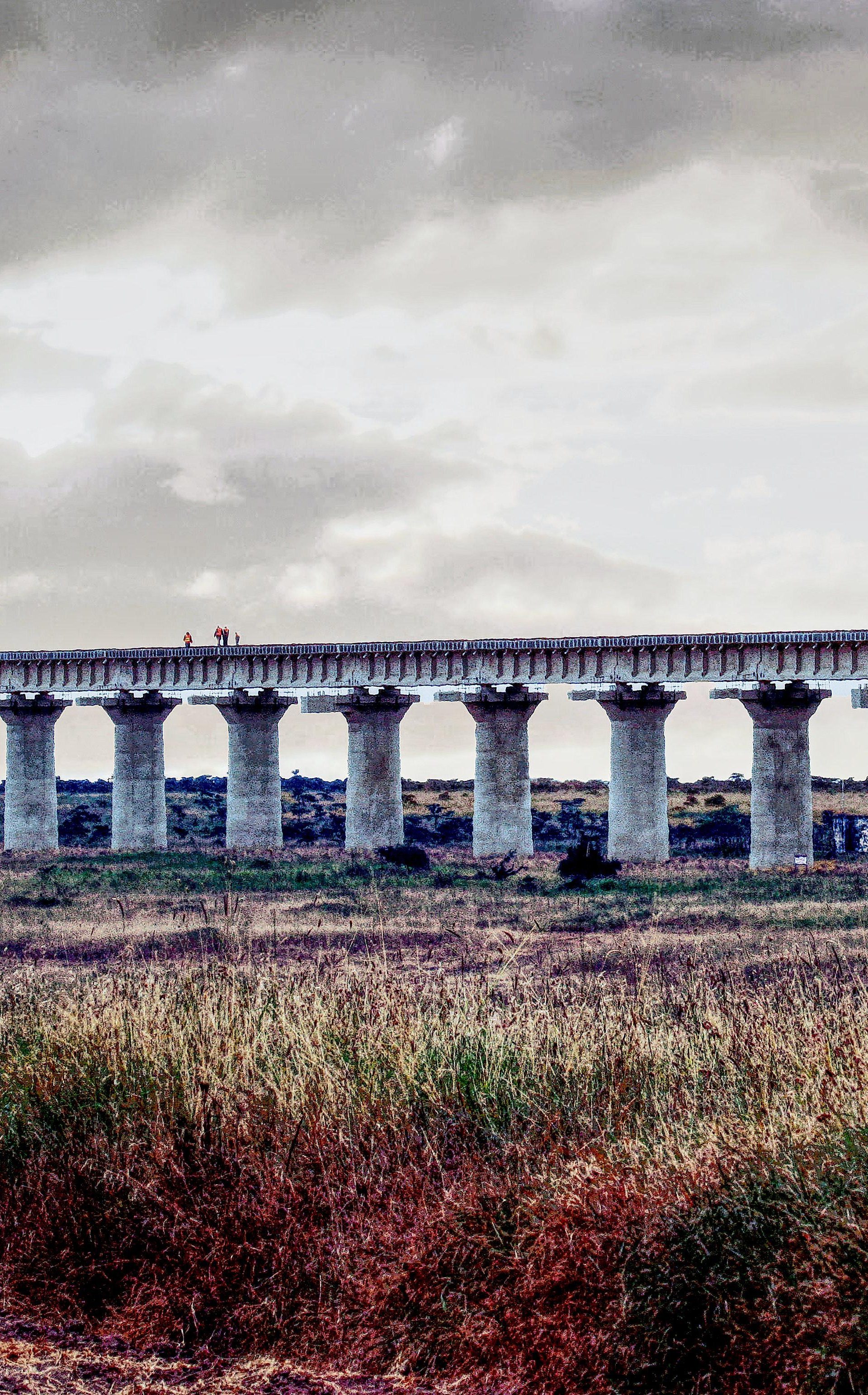 On first sight, the Kenyan economy appears buoyant, with official statistics showing that the country’s economy steadily grew by 5.6 percent in 2015 and by 5.8 percent last year, well above the sub-Saharan average of 3.3%. However, with both the World Bank and IMF predicting that growth will fall by 0.5% this year, Kenya is facing a more challenging outlook in the short-term at least. This year, the Kenyan economy will face three significant hurdles to growth: a faltering agricultural sector following a prolonged regional drought; a private sector credit crunch driven by recent regulatory and market shifts; and broader investor malaise and government inertia caused by the upcoming general election cycle.

Signs of this economic slowdown are already beginning to show. Government management of these economic headwinds over the coming months – as well as the conduct and outcome of the upcoming elections – will be critical to determining Kenya’s long-term economic growth prospects. The recent experiences of Ghana, Mozambique and Nigeria show how shifting external conditions combined with government macro-economic mismanagement can drag down economies that once seemed buoyant. Kenya’s economic diversification and opportunity ultimately stand it in good stead. But strong management of the economy, robust policymaking to encourage investment, and careful handling of tense national politics will also be critical if Kenya is to emerge from the upcoming elections in a robust growth position.

The topic currently dominating the front pages of Kenya’s newspapers and an increasingly hot topic in the political sphere is the cost of living. According to the government’s official statistician (the Kenya National Bureau of Statistics) inflation is now at 11.48% (its highest since 2012) and the cost of basic goods such as maize, beans and sugar have all risen by over 20% in the last year alone. These sharp increases have hit Kenyan consumers hard, forcing them to reduce spending on other goods and services, which in turn has hit the wider economy – especially the retail sector.

The primary cause for this rise in living costs has been the underperformance of Kenya’s agricultural sector. A prolonged drought in the second half of 2016 has meant that the production of Kenya’s staple crops dropped significantly this year, creating a supply shortage which has increased prices. Worryingly, according to the Kenya Meteorological department, the country is expected to receive less than normal rainfall in the March to May long rainy season. Agriculture makes up 32.6% of the Kenyan economy and the vast majority of it is rain fed. Depressed rains coming on the heel of prolonged drought and an invasion of the fall armyworm pest, which has devastated over 300,000 hectares of food crop in East and Southern Africa, will significantly impact the performance of this sector. Current estimates suggest maize production will fall by a further 11.5% this year, after falling by 4.5% in 2016. This will further limit the incomes of millions of Kenya’s agri-dependent citizens, also driving up staple prices and reducing disposable incomes for other goods and services. The knock on key exports such as coffee, tea, flowers and vegetables will also resonate on government finances and the broader economic picture.

In order to limit the impact of high prices on Kenya’s staple maize crop, the government has instituted a subsidy program that brings prices down by 60%. However, at a cost of approximately 6 billion Kenya shillings a month (US$ 58.2 million), the subsidy program is an unsustainable measure, in part driven by electoral pressures. It will be essential that after the elections, the newly-elected government looks to more durable reforms to reinvigorate the country’s hobbled agriculture sector.

In August 2016, Kenya’s parliament passed a law capping interest rates. Driven by frustration with consistently high interest rates charged by banks, despite market friendly efforts to reduce the cost of credit in the country over the preceding years, parliament and the President gave in to public pressure and capped rates through legislation. While well-intentioned, the interest rate cap has had the effect of limiting the availability of credit in the market. Rather than lend at lower rates, the banks have resorted to alternative measures such as cost-cutting (layoffs, branch closures and shifting to digital banking) and moved towards lending more to the government which offers risk-free returns. Thus businesses and individual borrowers have a harder time accessing credit for capital investment, expansion, new business and personal purchases. This has proven a further shackle to Kenya’s growth outlook. The World Bank in its economic update on Kenya cited the interest caps as a primary reason for cutting its projection for Kenya’s economic growth saying: “Kenya faces a marked slowdown in credit growth to the private sector. At 4.3 per cent, this remains well below the ten-year average of 19 per cent and is weighing on private investment and household consumption.” Policy review on interest capping appears unlikely in the short-term, but after the elections the authorities will need to consider what measures can be taken to revive liquidity in the market.

Kenya’s politics is famously competitive and memories of the violence sparked by the 2007 elections remain etched on the minds of many. Kenya’s economic growth patterns are heavily influenced by the five-year electoral cycle. In the lead up to the 2017 elections, the Nairobi Stock Exchange has experienced a significant bear run while many investors have adopted a wait-and-see attitude, preferring to hold off investment decisions until after the polls. Households will also prefer to hold cash and delay large purchase decisions until the dust settles on election season. Meanwhile, tourists also tend to come in lower numbers over this period, fearing instability. While Kenya’s new constitution contains several measures to mitigate these risks, there remains substantial uncertainty over whether the elections will be peaceful and any disputes amicably and speedily resolved. Localised unrest around the results announcement remains a very real prospect given how contentious the elections lead-up has been. Any significant disputes, violence or periods of uncertainty around the vote outcomes will create economic drag as a political solution is hammered out between rival political forces, providing another potential headwind for the country.

Kenya’s fiscal situation is at a critical juncture. The government has significantly increased its debt burden over the past four years, allowing public debt to rise from 41.6% of GDP in 2011 to an estimated 56.5% in 2016. As a key driver of this trend, revenue collection has consistently fallen below target – the Kenya Revenue Authority was 34 billion Kenya shillings or US$ 330 million below its target in the last quarter alone. This has forced the government to borrow more money to cover expanding budget deficits. The recent country report from the World Bank has expressed concerns on this position noting:

“Although public debt remains sustainable, margins for manoeuvre are rapidly narrowing…With an over 13 percentage point of GDP increase in the debt-to-GDP ratio within a three-year period, and with debt levels over 50 percent of GDP, and fiscal deficits well above the medium term 4.5 per cent target, the fiscal policy space is fast eroding and margins for further debt accumulation are narrowing”.

If Kenya cannot consistently achieve the growth rates that satisfy the capital markets and investor expectations, national debt may begin to run away from the government, fostering conditions akin to what has been witnessed in Ghana over the last five years. This would likely require painful austerity and politically unpalatable reforms to the public sector and debt management approaches under the oversight of multilateral lenders. Again, lessons will need to be drawn in the elections aftermath to ensure Kenya’s economy and public finances don’t fall off the rails.

Kenya’s long-term fundamentals remain strong, with a diversified and resilient economy that acts as a regional financial and economic hub. Its increasingly educated labour force, an innovative private sector, status as a hub for the region, and improving infrastructure are strong foundations for economic growth. There is every reason to believe Kenya should remain a vibrant, buoyant economic pillar for the region.

However, 2017 presents a critical juncture for the country in which the elections in particular will shape the political, policy and economic outlook for the country. A broadly peaceful and legitimate vote will provide a firm base for reform and stabilisation of the economy. It will also ensure that the new government has a mandate that allows for responsible medium-to-long term policymaking that serves the country’s long-term development interests and not just the immediate need to win votes. Conversely, a contested election will likely create political diversions and sour the policymaking atmosphere, providing greater scope for populism and opportunism to drive the agenda. In our upcoming Kenya Elections Watch, we will examine prospects for the elections and their implications for the country.

Whoever wins the elections must carefully manage Kenya’s short-term economic challenges in order to ensure long-term growth and development. Whether policy makers and decision makers are up to the task will be seen over the course of the next year.

Eugene Ngumi is a Consultant for Africa Practice East Africa. He has a wealth of experience in Kenya’s political and commercial environment and advises clients on government engagement strategies in addition to developing digital communication strategies. He has previously worked in politics and digital media and was educated at The University of Sydney in Australia.