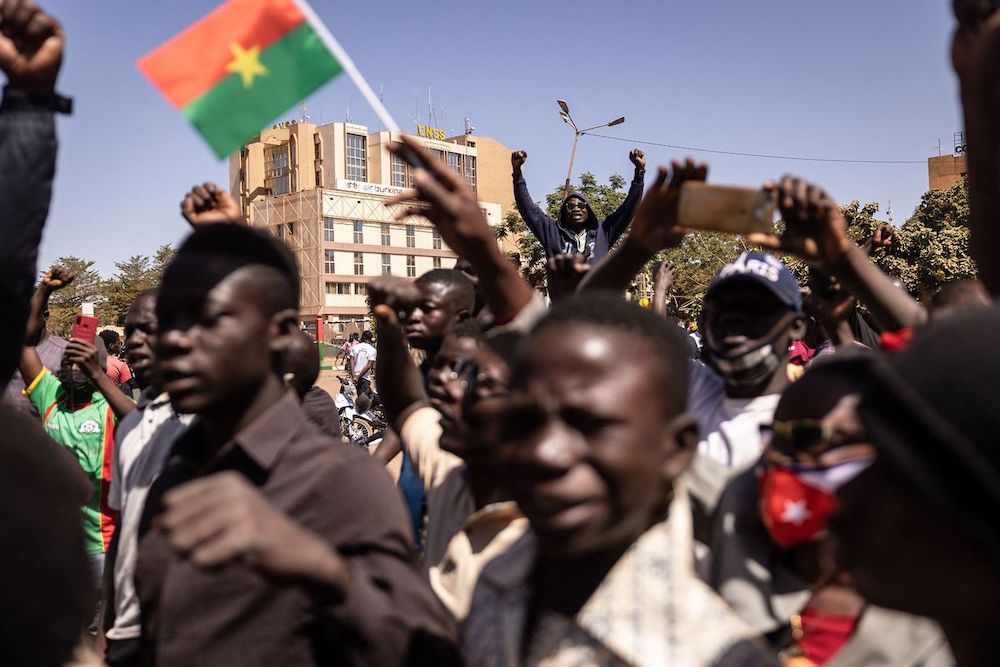 What We Know So Far

On 24 January, uniformed soldiers announced on national television that they had taken power in Burkina Faso, after a day of tension and uncertainty. The confirmation of a coup d’état follows mutiny by soldiers the previous day, and comes against a backdrop of anger at the powerlessness of the authorities to curb violence in a country where terrorist attacks have killed more than 2,000 people and displaced 1.5 million over the last six years.

Indeed, President Roch Marc Christian Kaboré’s ousting appears driven primarily by the failure of his security policy. There are some claims that the coup plotters attempted to assassinate Kaboré and a member of his government. No information has been given on the exact whereabouts of the former president so far.

In their communiqué broadcast on national television, the mutineers from the Patriotic Movement for Safeguard and Restoration (MPSR) announced the dissolution of the government, the national assembly and the constitution, and declared that Kaboré’s mandate was over. The MPSR has vowed to work on a transition timetable and to respect all international agreements. Burkina Faso initially closed its borders on the day of the coup, but reopened air borders on 25 January. A curfew was introduced from 9pm to 5am.

The MPSR’s move may have been influenced by figures loyal to former president Blaise Compaoré, who was tried in October 2021, along with 11 co-conspirators, for the death of former President Thomas Sankara. While discontent within the army goes beyond this incident, popular dissent and military reluctance have increased in the months since the trial began.

Lieutenant Colonel Paul-Henri Sandaogo Damiba is the coup’s leader and the president of the MPSR. He is a contemporary of  Lieutenant Colonel Emmanuel Zoungrana, an officer who was arrested earlier this month as the suspected head of a foiled coup attempt on 8 January. They both commanded elite units in the fight against terrorism – both are known to be critical of Kaboré’s security policy.

Damiba was a commander of the third military region immediately before the coup – a position he officially took in December 2021, following his appointment by Kaboré. He has extensive frontline experience; between 2015 and 2019, he led Burkina Faso’s military operations in the Sahel and Northern regions. Damiba was trained and educated in France.

A Period of Transition

Burkina Faso will now enter a period of transition – similar to that experienced by the likes of Mali, Sudan and the Central African Republic in recent years. The alignment of popular sentiment with military leadership is often fragile (as we have seen in Sudan, where the military’s direct role in a repressive regime gives it little legitimacy), but can be powerful (as Mali shows). Burkina Faso faces the same security threats as Mali, and a deep dissatisfaction with the role of political leaders in providing durable solutions.

So far, there appears to be a level of popular support for the actions of the military, but this is volatile and may change as the MPSR’s intentions become clearer. Critical will be:

Although welcomed by the general public in Burkina Faso – which is exasperated by the growing insecurity and perceived inefficiency of the Kaboré regime – the recent events will dent investor confidence in a region that has seen four coups in less than two years. The transitional military authorities are likely to focus on addressing the issue of security, seeking to strengthen regional stability and cooperation in this area. The first 100 days of the transition will be crucial in determining the path of the new authorities, watched closely by investors and donors alike. Guinea’s recent coup somewhat reassuringly demonstrated that investors were  not hasty in their decision-making, adopting a longer-term view of the country’s stability.

Jasmine Okorougo is an analyst at Africa Practice, with a particular focus on Francophone and East Africa. She can be contacted at [email protected]