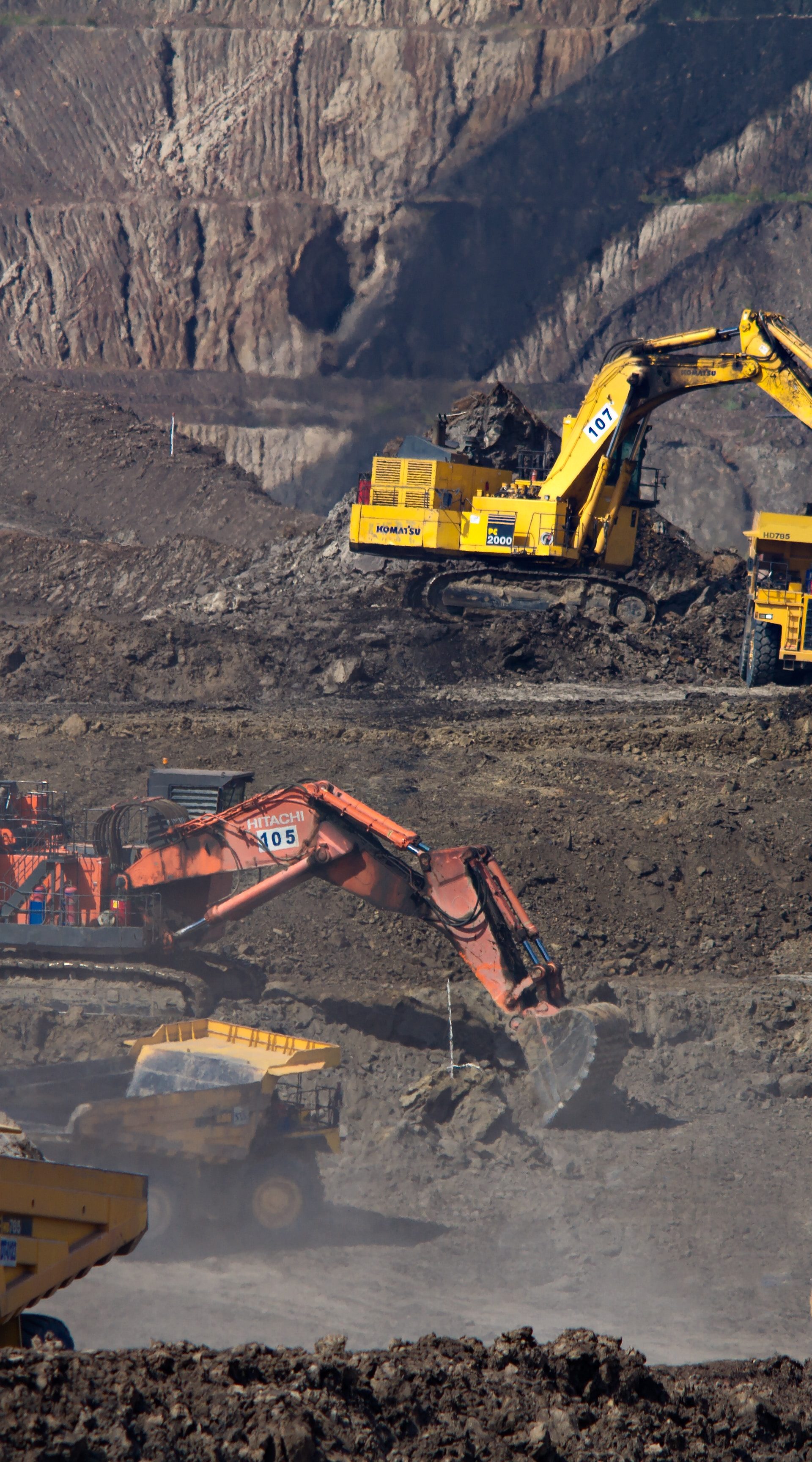 back to all insights |Published 6th Jun 2017

The third iteration of the Mining Charter released by Minister Mosebenzi Zwane on 15 June, has elicited a flurry of criticism and outrage from mining companies, investors, economic and political stakeholders, both within South Africa and abroad. The Mining Charter 3, broadly aims to set up targets for black economic empowerment in the mining sector with a focus on issues such as ownership, employment equity and procurement of services and products.  The Charter’s new propositions on transformation are viewed as threatening to investor value and appetite, mainly in how it aims to increase levels of ownership and control by disadvantaged groups above the previously mandated 26% as outlined in Mining Charter 2. Minister Zwane has been criticised by the ANC, his own party, which believes the Charter is not in line with the party’s strategy on transformation which seeks to find a balance that will retain the economic viability and stability of the sector. The Charter has however received support within the ANC alliance, namely from the National Union of Mineworkers (NUM) and from President of the ANC and South Africa, Jacob Zuma. With the ANC’s five-day Policy Conference beginning on the 30th of June, the charter will be central to the debate on radical economic transformation (RET). With what can tend to be a very emotive and divisive debate this will not assist with South Africa’s efforts at communicating policy certainty and stability to investors.

The legal challenge filed on Monday 26 June by the Chamber of Mines, who represent 90% of the biggest mining companies, will, however, ensure that the Mining Charter is stuck in litigation for quite some time, possibly beyond a year, and so is unlikely to be implemented anytime soon. This delay, however, cannot hold back the rising tide of populism in South Africa after two decades of post-Apartheid governance by the ANC. High inequality, poverty and unemployment across the country will make sure that industries like the mining sector are always in the cross-hairs of populists and populist politics, who see the country’s estimated US$2 trillion worth of mineral wealth as the solution to the nation’s troubles.

The right-hand does not know what the left is doing

The release of the Charter, seemingly at odds with some in the party, will only increase perceptions that the ANC-led government is uncoordinated, divided and at war with itself. Speeches coming from key government leaders such as President Zuma, newly appointed Finance Minister Malusi Gigaba and Deputy President Cyril Ramaphosa are at odds with each other and have not given a single clear explanation of the ANC’s position on RET.

A key example of the ANC government’s  disarray was in  how the announcement by Zwane on the Charter was made on the very same day the Minister of Finance Malusi Gigaba held a press conference to promote confidence in the economy after a StatSA report indicated the country had entered a recession and following another ratings downgrade by a third agency, Moodys. The Minister’s objective was to deliver a strong indication of how he would be working to revive the economy and maintain economic policy stability. The release of the charter scuppered such an attempt and has been the headline story in South Africa since its announcement. President Zuma has not helped the situation by providing strategic leadership on the situation, but has instead encouraged Zwane by stating in a parliamentary address that the new Charter would “help the economy move in the way we want it to move”.

The Rand tanked by 2% after Zwane’s announcement with Moody’s estimating that around US$2. 5 billion has been wiped out from six mining groups rated by the agency. Moody’s warned that it would downgrade the credit ratings of mining companies should the Charter go forward. A one-notch downgrade by Moody’s would only leave South32 above junk status, out of the six mining companies rated by the agency.

A response to the clarion call of radical economic transformation

Whilst there are divergent views within government and the ANC about the meaning of RET, the Mining Charter 3 is relatively the clearest response to the clarion call for RET, offering an actual outline of a policy for implementation. The Charter is certainly radical in the elements it tackles, specifically with regards to ownership of mines in South Africa. Key points highlighted in the charter on ownership include the following:

Other contentious issues in the Charter are the requirement for the right holder to pay an annual turnover of 1% to the BEE partners prior to any distribution to its other shareholders. The charter requires that procurement is allocated to BEE entities, with 70% of mining goods and 80% for mining services. On employment equity, the charter has also placed high requirements for companies with a minimum 50% black representation requirement at Board level and executive management level, with 25% of this being women in both levels.

The future of transformation

Minister Zwane’s move with regards to the Charter may have been more aligned with the ongoing succession debate in the ANC than a genuine move to implement the Charter as is. Zwane is a key figure in the Zuma-Gupta axis, who was elevated to the Ministerial position from the backbencher of parliament. In his position, he has been strategic for the Gupta family, travelling with their company Oakbay Investments in a negotiation over Glencore’s sale of Optimum Coal to Oakbay subsidiary Tegeta Resources, which so happened to have President Zuma’s son as a director. A key strategy by the Zuma-Gupta axis has been to utilise the legitimate dissatisfaction over transformation as a defence for the Zuma and Gupta family relationship, painting them as fighters against white dominated capitalism. This façade may not be convincing to many from the intellectual class, but it has worked to drive a wedge in the ANC, and across South Africa.

While the Charter may not be finalised in its current iteration many of the clauses contained within will receive some support from the ANC and its alliance partners, therefore helping the Zuma-aligned faction of the ANC. The National Union of Mineworkers (NUM) which has endorsed Cyril Ramaphosa for President and called for Jacob Zuma to step down has welcomed the Charter, saying while it has not gone far enough in certain aspects such as ownership targets and community or worker benefits, it is a positive step forward by Zwane. This will cause difficulties for Cyril Ramaphosa who has vociferously attacked proponents of the economically dangerous form of RET present in Zwane’s Charter. Divisions amongst anti-Zuma ANC members, including Ramaphosa, Anglo Ashanti Chair Sipho Pityana and ex-Finance Minister Pravin Gordhan; will strengthen President Zuma’s hand who is lobbying for his ex-wife Nkosazana Dlamini-Zuma in the succession race. If, however, Ramaphosa does succeed in the December 2017 ANC election he would have to compromise and probably retain a lot of the radical elements of policies proposed in the Charter. Ramaphosa’s experience and networks within the business and the mining sector may assist him in finding an amicable compromise for both the mining sector and ANC’s radicals, but he is unlikely to convince the external radical left-wing threat in the guise of EFF and in newly formed union federation South African Federation of Trade Unions (SAFTU).

Transformation is a never-ending issue in South Africa which has one of the highest levels of economic inequality in the world. Recent statistics have shown that the richest 10% own over 60% of the country’s wealth. The top three richest South Africans together own as much wealth as the bottom 50%. These realities of inequality ensure a lot of appetite in South Africa for the type of populist policy proposals coming from the likes of the EFF and the President Zuma clique in the ANC succession race. Just as the Trump slogan of ‘Make America Great again’ requires a little depth of introspection it does speak to the emotive issues touching on South African fears, wishes and beliefs. This makes it a strong political tool for those who wield it, ensuring that it will remain a major topic to be addressed by political parties in the next two years leading to the 2019 elections.

Beyond Zuma and beyond the rhetoric from either politicians or business, South Africa will have to find a way of including a larger proportion of its people in the economy to avoid a socio-political disaster in the next decade.

Sinethemba Zonke is a Southern Africa analyst in Africa Practice’s Intelligence & Analysis team. Sinethemba is based in our offices in Johannesburg and is a regular commentator on South African politics. He has advised businesses across a range of sectors in South Africa and its neighbouring states.