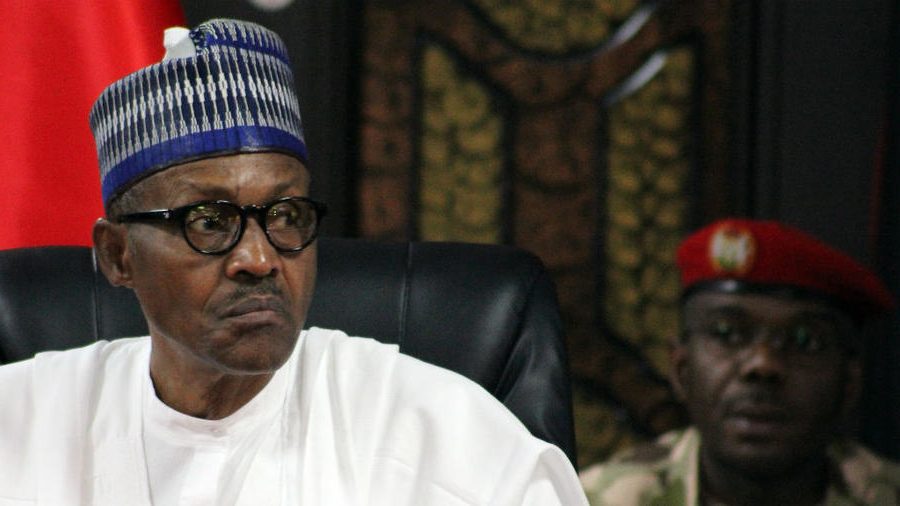 back to all insights |Published 9th Apr 2018

Nigeria’s presidential office announced today that President Muhammadu Buhari will stand for re-election in the February 2019 general elections. The announcement comes shortly before the President travels to the UK ahead of the Commonwealth Heads of Government meeting, amid speculation that his trip may incorporate further medical check-ups which could lengthen his absence from Nigeria. Concerns over Buhari’s health following his extended medical leave in the UK in 2017 had fostered uncertainty over whether the President would seek re-election.

Buhari’s relatively early move to declare his candidacy is likely designed to shore up his control over the ruling APC party, particularly should his UK visit encompass further medical checks which could start up the Nigeria rumour-mill and fuel political opportunism. But showing his cards this early will also create potential vulnerabilities by allowing opponents more time to plan a strategy in response to his move. Nigerian electoral politics are typically characterised by horse-trading, floor-crossing and politicking. With the starter gun now fired, we anticipate a flurry of political manoeuvring ahead of party primaries in the latter part of the year.

All eyes will now turn to Buhari’s APC party and its reaction to the announcement. In its inception, the party was a marriage of convenience between disparate power-blocs, united in a desire to unseat the incumbent PDP administration, and more specifically its leadership under Goodluck Jonathan (2010-15). However, the party’s disparate make-up has been evident at times during the course of Buhari’s first term, manifesting in influence tussles, friction between the executive and other arms of government, and disagreements over policy direction. More recently, APC divisions have taken on a more overt dimension with the high-profile defection of former vice-president and seasoned political floor-crosser Atiku Abubakar back to the PDP, and the formation of a so-called “third political force”, the Coalition for Nigeria Movement (CNM), which is backed by former president Olusegun Obasanjo (1999-2007). The emergence of the Nigeria Intervention Movement (NIM) as an additional disruptive force further reinforces the sense of the APC fraying at the edges.

Nevertheless, Buhari still holds many of the cards and will seek to use his confirmed candidacy and the advantages of his incumbency to secure the continued loyalty of his party’s key figures. Popular and political support for Buhari is far less effusive than it was when he came to power in 2015. The government has faced both internal and external criticism for its handling of the economy and mode of decision-making. But Buhari remains in a relative position of strength over other power-brokers in the APC and opposition, largely because of how challenging it would be to harness current frustrations and provide a viable political alternative around a consensus leadership figure.

In fact, the political landscape is riven with factional divisions and personal rivalries which would make any political reformulation outside the APC extremely challenging. Disgruntled APC power-brokers may instead determine their prospects are better sticking with a dysfunctional status quo – though for their loyalty, they will push to secure greater political dividends and guarantees than they have seen in Buhari’s first term. Any failure to accommodate and incentivise them could further complicate the party machinery, with an increase in political interference and dispute between different actors.

Meanwhile, the opposition in its current state has some way to go in order to form a credible challenge to Buhari and the APC. The PDP is beginning to emerge from a bruising internal power-struggle that followed its electoral defeat. But it is by no means the party it once was and faces its own challenging leadership test. Atiku’s defection back into the PDP fold will see him push to secure the party’s presidential ticket, likely with the backing of some influential former Nigerian leaders. But he remains a controversial figure and is by no means guaranteed this status within the party – not least due to his past party defections and fall-outs.

Other regional parties or emergent movements such as CNM and NIM currently lack the political structures, funding and profile to pose a credible threat. Only if major APC or PDP heavyweights break away from their parties to join these movements will we see any sort of credible third force emerge. Clearly, there are rumblings of discontent among the south-western ethnic-Yoruba who make up a critical constituency in the APC. And key party power-brokers from the north such as former governors Rabio Kwankwaso, Aminu Tambuwal and Bukola Saraki will also need to be carefully managed by the APC leadership if they are to stay on board. But on balance, Buhari and his supporters in office still have the time and the means to avert mass defections and maintain the integrity of the ruling party in the lead-up to the polls if they can take a more inclusive approach to politics than they have demonstrated so far.

Nigeria has demonstrated a growing democratic consolidation in recent election cycles, progressing significantly from the electoral charades of the 2000s, which were characterised by widespread vote-rigging. The country’s ability to weather the turbulence presented by electoral cycles and transitions of leadership – sometimes falling against a backdrop of regional insecurity – also underlines the significant scope for accommodation and consensus-building which exists within its still-dysfunctional political system.

The stakes in 2019 remain high so we anticipate many more twists and turns in the lead-up to the elections in February. Buhari’s candidacy now gives him a stronger hand in determining the election sequence amid a stand-off with the legislature on this matter. But this will be something of a side-show and undoubtedly, the greater test facing the President will be assuring internal unity in his own party by managing the interests and egos of a disparate outfit which has at times during its first term in office seemed to be wading against its own internal divisions and contradictions. This will present perhaps the greatest test of Buhari’s leadership to date. And one he cannot afford to fail.

Roddy Barclay is the Director of Intelligence and Analysis at Africa Practice. In this role, Roddy heads up the company’s team of political risk analysts and business intelligence consultants across the continent. He formerly specialised on West Africa and has been a regular commentator on Nigerian politics over the years.