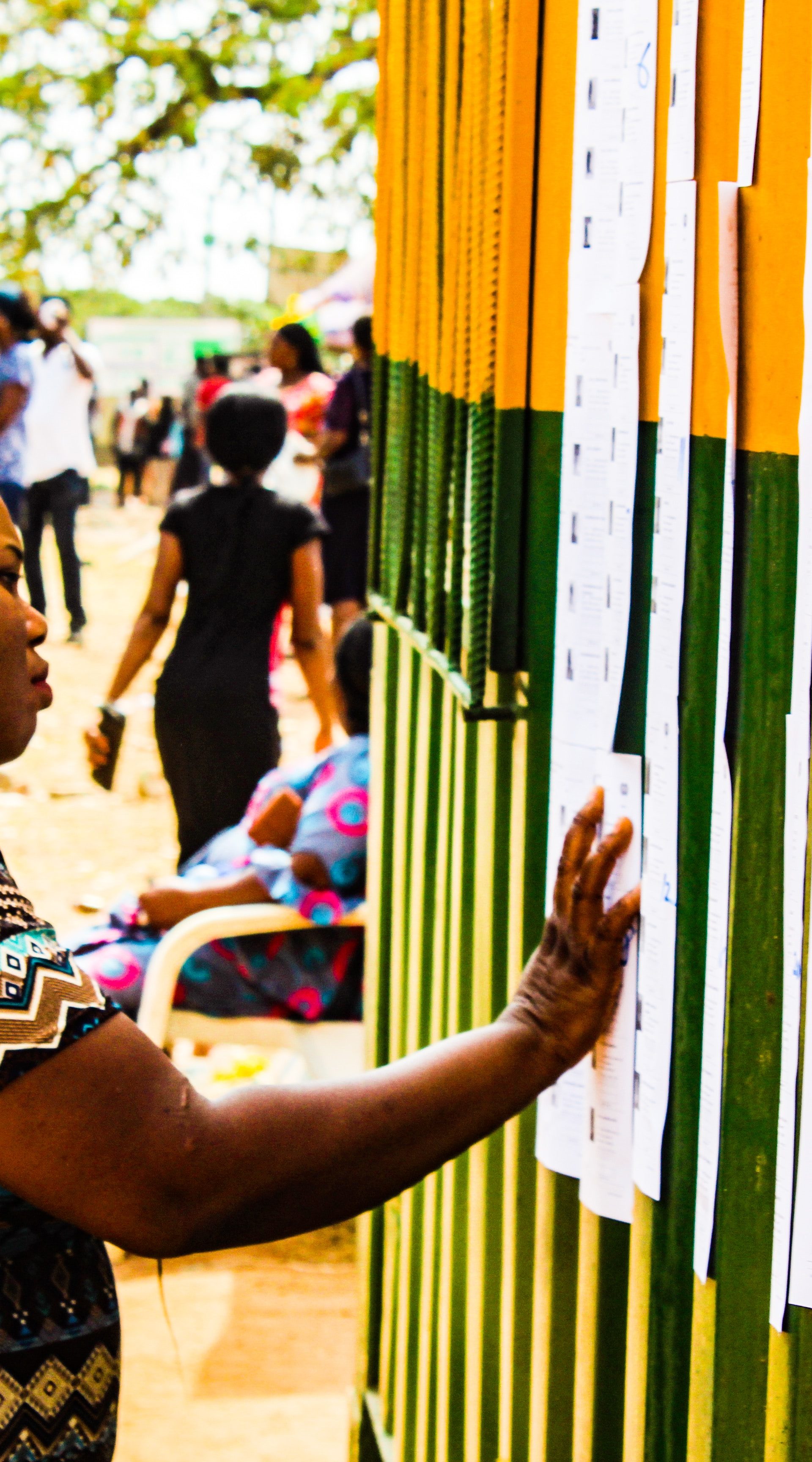 NIGERIA: ELECTION SEASON IS UPON US

back to all insights |Published 1st Aug 2018

After yesterday’s defection by Nigeria’s Senate President Bukola Saraki from the ruling APC to the PDP, today it was the turn of Sokoto Governor Aminu Tambuwal to announce he was defecting to the opposition. Saraki and Tambuwal are the latest in a series of APC legislators to jump ship and they may not be the last, amid ongoing ruptures in the ruling party. Last week, 16 APC senators and 32 members of the House of Representatives debunked to the PDP, while the Kwara and Benue state governors have also crossed the floor in recent days.

The writing has been on the wall for APC unity for some time now amid a palpable insurrection from disgruntled party factions. This is being driven by a handful of power-brokers who have grown disillusioned by the system of government instituted by President Muhammadu Buhari and their lack of access and influence within it. Since coming to office in 2015, Buhari has run strategic decision-making through a small circle of trusted loyalists and has been reluctant to get down in the weeds of party politics. This has left key figures out in the cold, many of whom felt they would be central to shaping the APC’s approach when they joined its ranks in 2014-15 as it swept to power promising political change.

This internal friction been particularly evident in the relationship between Saraki and Buhari. Relations between the executive and the legislature have been combative and dysfunctional throughout this government term, with Saraki playing a central role in efforts to outmanoeuvre the presidency on certain policy and budgetary initiatives. While this political arm-wrestle has periodically grabbed headlines, behind-the-scenes investigations into Saraki’s personal affairs and his alleged complicity in criminality and malpractice can also be seen as highly politicised, forming part of the attempts by his political adversaries to bridle his dissidence and discredit him politically.

As a seasoned political tactician, Saraki no doubt senses that the status quo is unsustainable. His decision to jump ship – as he did in the other direction in the last elections lead-up in 2015 – is a high-stakes roll of the dice to try and move with the political winds and free himself from a scenario in which he is under constant attack from his own party. His reading of the political temperature was correct in 2015 but 2019 presents a more finely-balanced scenario at present.

While the series of APC defections have undoubtedly dented the ruling party’s electoral prospects considerably, all is not lost yet. All of those politicians defecting are currently locked in factional tussles with their own party over candidacies and control. But they leave behind a party structure that is still intact, including most critically a majority of state governors who carry substantial electoral influence – though Africa Practice continues to hear rumours we could see further defections in this regard which may further tip the electoral balance. Importantly, the APC also has its presidential ticket as good as decided.

Conversely, the PDP is welcoming defectors into its fold but will need to move swiftly to align its leadership around a consensus candidate following its upcoming primaries if it is to campaign on stable footing. The opposition party has a strong track record in accommodating elite interests through concessions and compromise. But the crucible of egos and ambitions will be at melting point as we enter this critical period of the electoral race, with great uncertainty around how the likes of Atiku Abubakar, Saraki, Kwankwaso, Ibrahim Dankwambo and Sule Lamido put aside their differences to determine their champion for the presidential ticket.

The tightening of the electoral contest has several ramifications for Nigeria. Firstly, we are likely to see a more volatile – and potentially violent – poll than would have been forecast at the start of the year, particularly if the electoral commission underperforms. Second, we are now looking either at a weakened second mandate for Buhari or a further ‘change’ scenario bringing the PDP (somewhat remarkably) back into power after just four years waiting in the wings. Thirdly, the stage is set for a further cycle of post-electoral score-settling, either by an aggrieved Buhari or by a newly-resurgent PDP coming back into office. Under all scenarios, the distractions of electoral politics will be a drag on government activities in the next eight months, while the focus on identity-politics over reform agendas will dampen the outlook for economic growth and investment in the one-year horizon. Beyond this, the outcome of this political process will be crucial to setting Nigeria’s future course.

Roddy Barclay is the Director of the Intelligence and Analysis team at Africa Practice. In this role, Roddy leads the company’s political risk advisory and business intelligence practice across sub-Saharan Africa. He has advised clients across diverse sectors on managing their political and reputational risk exposure for over eight years, and has developed particular expertise in the extractives, ICT and financial sectors. Roddy formerly worked as a Senior Consultant at Control Risks. Throughout his professional career, he has spent considerable amounts of time in Africa for research and consulting purposes, developing strong networks and a good understanding of the local risk environment. He is also a regular commentator in the international media on African political and commercial dynamics. Roddy holds a First Class degree in Modern Languages from the University of Bristol.