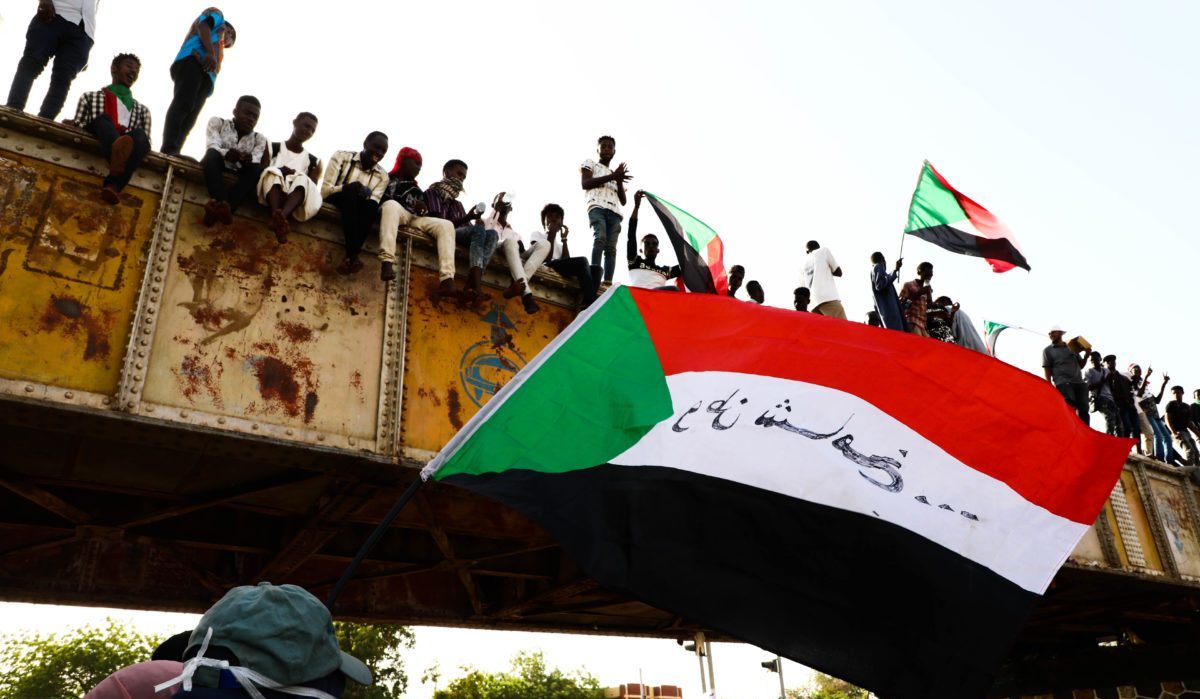 OUT OF THE FRYING PAN, INTO THE FIRE

Following weeks of escalating protests in Khartoum, the Sudanese military has toppled President Omar al-Bashir in a coup that brings an end to his 30 years in power. But any celebrations that might have been triggered by Bashir’s overthrow have been cut short by the manner of his removal, with huge crowds defying an overnight curfew last night to call for the military to stand aside and make way for a civilian-led transition. The man leading the military junta, Defence Minister Awad Mohamed Ahmed Ibn Auf, is an unpopular regime figure seen to have played an integral role in Bashir’s authoritarian form of government. He has pledged to oversee a two-year military-led transition. The new standoff is likely to mark the start of a period of intense uncertainty and further volatility seems inevitable.

From bread protests to a government overthrow

As with most popular uprisings in Africa in recent years, a surge in the cost of living was at the heart of the ‘bread protests’ which arose in December when the price of bread tripled amidst soaring costs for basic goods. The price rises occurred against a backdrop of economic mismanagement, failing public services and deeply entrenched corruption within the ruling elite. Yet the presence in Sudan of a strong state apparatus propped up by an intrusive military and intelligence system had raised major questions over whether street protests alone could actually bring about political change. All this changed over the last week as sustained protests occurred outside key government buildings in Khartoum and violence escalated amid clashes between protesters (and some security forces protecting them), and military and intelligence forces seeking to disperse the crowds. With dozens of protesters allegedly killed in clashes and no sign of an end to the protests, the military has ultimately determined to intervene in an attempt to restore order.

Yet far from being a cure to the country’s ills, the image of Ibn Auf declaring the suspension of the constitution and imposition of military rule is likely to further anger protesters who view the military as a key pillar of Bashir’s ruling system. The military apparatus is also not wholly unified in its stance, particularly within the junior ranks, raising concerns that a coup could beget further coups. In the immediate term, the protesters’ decision to remain encamped outside the Ministry of Defence sets the stage for a further tense standoff.

The Sudanese Professionals Association (SPA) which is leading the protests is calling for a civilian-led transition, and is likely to be engaged by the new military authorities. But the military will not stand aside willingly. And unlike some countries on the continent with strong established diplomatic ties extending across key commercial and political allies, Sudan’s isolationism from the West in particular will reduce some of the possible levers of influence in how the transition is managed. Used to sanctions and isolation, it seems highly probable that the military will insist on playing a central role in the transition, even if it brings civilian actors into the formal process. This signals that Sudan is set for a period of further turbulence that will weaken its regional standing and complicate its already fractious relations with the West, even if other partners from the Gulf and Asia may remain engaged as a means to protect their commercial interests. Although a civilian government may eventually emerge from the quagmire the country currently finds itself in, we anticipate the transition period to be lengthy and fraught, leaving a legacy of deeper economic decline and institutional volatility that will set back Sudan’s onward development.

Watching in the wings

Other long-serving African leaders will be watching Bashir’s overthrow with unease, especially coming a few days after popular uprisings in Algeria led to the resignation of the ageing Abdelaziz Bouteflika. But rather than encouraging political reforms to open up the political landscape and improve state governance – a key bugbear of young protesters fed up with economic mismanagement and corruption – such developments will likely see entrenched leaders and their supporting elites double down on shoring up their position by controlling the political theatre and resorting to populist policies to keep their electorate appeased.

While the age of military dictators governing with impunity is increasingly a thing of the past (with Sudan being a notable test of this assertion), African politics is still struggling to make way for a younger generation of progressive leaders to emerge. There remains an old guard of long-term rulers such as Paul Biya, Idriss Déby, Yoweri Museveni and Dénis Sassou-Nguesso, Teodoro Obiang Nguema and Isias Afewerki who show little sign of leaving their posts to open up the political space despite serving over 20 years in power. Meanwhile, others like Alassane Ouattara, Alpha Condé and Paul Kagame are exploring options to stay in power beyond the traditional two terms of elected office allowed under most constitutions.

Socio-economic, political and security conditions will remain a potentially toxic mix for such leaders, providing a latent threat to stability. But as Sudan has demonstrated and others before like Burkina Faso or Zimbabwe, to change the status quo in countries where the electoral process is deeply flawed or imbalanced typically takes more than just popular protests, requiring social upheaval to also be met by military support for the cause. And even when a strongman figure is removed, the power vacuum that arises can carry notable risks, while refreshing reformist leadership is by no means guaranteed. For behind any powerful leader tends to sit a network of vested interests that will mobilise their funds and political resources to ensure that the new system of power that emerges preserves at least some of their privileged status within the ruling system. Zimbabwe, DRC and Egypt are powerful examples of this trend in action. Sudan may well be just the next example of a reshuffling of the pack. Only time will tell.

Roddy Barclay is the Director of Intelligence and Analysis at Africa Practice, overseeing the firm’s team of political analysts and business intelligence consultants across the continent.