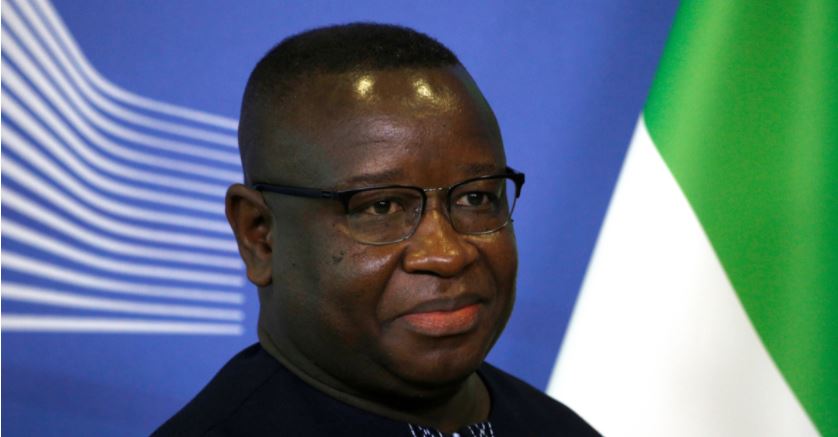 Sierra Leone’s president in a tricky situation ahead of 2023

Tensions in the run-up to the March 2023 general elections in Sierra Leone are building up, with political players reaffirming and rebuilding alliances. While President Julius Maada Bio is yet to formally announce his intention to run for a second term, he is expected to do so. The issues likely to shape the campaign trail over the next 24 months include economic instability, food insecurity, human rights and gender-based violence. The president will have to contend with these issues from all quarters including within his own party, while he also grapples with waning influence in former strongholds.

For a while, Sierra Leone was on its way to recovery from the devastating economic impact of Ebola. Its prospects have since been undermined by the COVID-19 pandemic – GDP contracted by 2.7% in 2020, and is expected to rebound by 2.9% in 2021. Food inflation stood at 15.64% in 2021, having risen by over 75% in the past four years.

President Bio is increasingly less popular – he has come under fire for alleged misappropriation of funds, financial mismanagement and ethnic profiling in his cabinet. He sparked national outrage in April 2021 when he stated that his ostensible favouritism of the Mende ethnic group for political appointments was driven by his knowledge of the group and  “familiarity” with their work ethics.

Apart from growing the economy, President Bio was elected on the back of his promises to promote human rights and fight corruption. His pledges, however, are yet to materialise. The economy has taken a downward turn exacerbated by the impact of the pandemic, with cost of living spiralling and food prices skyrocketing.

In 2020, a corruption perception survey by a DFID funded consortium identified the police forces, legislature, and Ministry of Health and Sanitation as the most corrupt institutions in the country. A 2020 report by Amnesty International revealed a concerning pattern of human rights violations. For example, even after the country’s repeal of its outdated 1965 Public Order Act – a law which sought to, among other things, criminalise seditious libel and defamation and which was used extensively by politicians to intimidate journalists –  incidences of free speech violations remain high.

In April 2020, two journalists were harassed by security officials for photographing a COVID-19 quarantine centre. In the same month, at least five people were killed by police officers following a protest in Makeni in Northern Sierra Leone. These, taken with other numerous incidents of violence reaffirm the opposition’s claims of the impunity that has characterised Bio’s administration.

The opposition is now coalescing around these issues, and articulating its grievances with increasing alignment. Over the past few months, various prospective candidates have emerged. All the factions of the main opposition party, the All People’s Congress, have reconciled and are looking to present a united front in 2023. Meanwhile, a consortium of eleven opposition political parties under the banner Consortium of Progressive Political Parties (COPP) has indicated interest in fronting a candidate for the 2023 presidential election.

Dr Sylvia Blyden – a former presidential aspirant, journalist and political critic – has also expressed her intention to contest in 2023, making assurances of transparency and accountability if successful. She has been a vocal critic of the Bio administration and was reportedly arrested  under the president’s orders for social media restrictions.

If history is anything to go by, allegiances will shift over the next 24 months, protests will likely occur, and the administration will increasingly seek to repress the momentum-building.

Ujunwa Umeokeke is an analyst at Africa Practice’s Intelligence and Analysis team, with a particular focus on Sierra Leone.