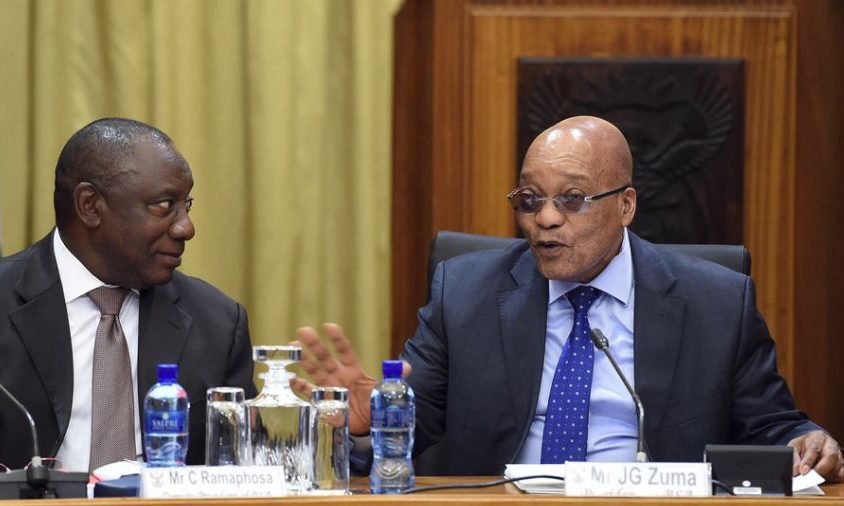 back to all insights |Published 9th Feb 2018

On Tuesday, the Speaker of the National Assembly announced the postponement of the State of the Nation Address (SONA), which was due to take place this Thursday. This is a first for the country – an unprecedented move for a major calendar event, with no exact date of when it will be held as of yet. The announcement by Speaker Baleka Mbete comes after an intense period of negotiations within the ANC on the exit of Jacob Zuma. This note explores the outlook for a political transition that continues to drag.

The newly appointed ANC president Cyril Ramaphosa has gone out of his way to give Zuma a dignified exit by giving assurances that he must not be humiliated. Despite Ramaphosa’s intentions, the realities of Zuma’s tenure as President and his future outside of the executive seat make this easier said than done. There has been strong sentiment within the ANC for Zuma to stepdown before the SONA. It is considered that his presence at the event could illicit the kind of chaos which has become characteristic of parliament in recent years, with disruptions of the President’s speech led by opposition party the Economic Freedom Fighters (EFF) which has refused to recognise Zuma, referring to him as a ‘constitutional delinquent’. The speaker was lobbied by opposition parties to postpone SONA given the controversy around Zuma and they also threatened to call a motion of no confidence in him should he appear in parliament.

With the succession of Cyril Ramaphosa at the ANC’s elective conference in December 2017, there has been a considerable shift in power within the country. Current President Jacob Zuma has become a lame-duck figure, even if he legally still maintains an enormous amount of power by virtue of his executive position. As South Africa is a constitutional democracy, the balance of power across the three arms of government – the executive, legislature and judiciary – will ensure that Zuma’s exercise of his powers remains limited for the remainder of his tenure. With the loss of the ANC Presidency he has lost control over a key centre which is the legislature. A motion of confidence in parliament would be influenced by Luthuli House, which already has called for Zuma to go, and so ANC MPs whose positions are also dependent on those in power at Luthuli House would most certainly fall in line and remove Zuma, in support of the opposition’s motion. However, the ANC is not currently looking to go this route, hence the SONA postponement. For although Zuma has lost a lot of power, he still presents a great danger to the ruling party, placing Ramaphosa and the new leadership between a rock and a hard place.

Zuma’s refusal to step down is mainly because he may not feel that the ANC can safely guarantee him a soft landing out of the Presidency. Facing 80 charges on over 700 accounts of fraud, corruption, racketeering and money-laundering, some of which date back to before he ascended to the Presidency, Zuma faces a major predicament in terms of his future freedoms. Furthermore, the State Capture investigations may uncover even more cases of illegal misconduct by the President, and his son Duduzane Zuma, in connection with their relationship with the notorious Gupta family. Zuma is therefore seemingly willing to take the ANC head-on in its attempt to remove him and will not go ‘quietly into the night’ as Thabo Mbeki did when he was recalled in 2008. He has told ANC leaders that he can’t be removed as he is still popular amongst the people. Zuma has also continued to insist that he has done nothing wrong despite numerous court cases which have questioned his integrity, and various charges hanging over him.

The shifting of the State of the Nation Address, and the lack of clarity and direction of the next steps from the ANC, are causing a lot of confusion. The rand weakened against the dollar after the announcement of the SONA’s postponement, indicating a lack of confidence around South Africa’s political stability. While Ramaphosa came back from Davos a few days ago on a high note after a successfully pitching South Africa’s potential, the real ugly job of running government and cleaning up the problems created in the past ten years will be a lot harder for him to execute with success. In his inability to remove someone as compromised as Zuma, Ramaphosa’s promise to clean up the corruption of the Zuma era could become to look empty. The work of government may be stalled, and the Budget speech which is meant to be held on the 21st of this month may itself come under threat from the uncertainties and distractions created by this transition in limbo. This would rock the tentatively restoring confidence South Africa has gained with ratings agencies, which are looking for a robust plan on how the country will be dealing with its significant debt situation, specifically with state owned enterprises like power utility Eskom over its R200 billion debt burden. If the situation continues to drag, South Africa’s economy will be impacted and may not reach the over 1% growth rate predicted by the IMF for 2018.

However, we believe that Zuma’s departure is imminent, looking at how the political pillars are aligning on this issue. The SONA needs to be held before the Budget speech, and there is very little time left until then for the preparation of both events. The type of deal that is negotiated for Zuma may further determine how the ANC is viewed by the public and investors. If he is given immunity, the credibility of the ANC will quickly whither amongst the public and investors. However, if the ANC is too harsh, it could sour relations within the ANC loyalist base, who whilst not looking to place their heads on the block to defend Zuma, may not take well to what could be seen as throwing a long-serving comrade under the bus. No one of Zuma’s level of authority has ever faced the legal issue he is confronting and this will test the very integrity of South Africa’s criminal justice system. As such, we believe that Ramaphosa and the ANC’s new leadership will walk a tentative line and fudge a compromise deal – but that Zuma’s days are ultimately numbered, signalling a new direction for South Africa.