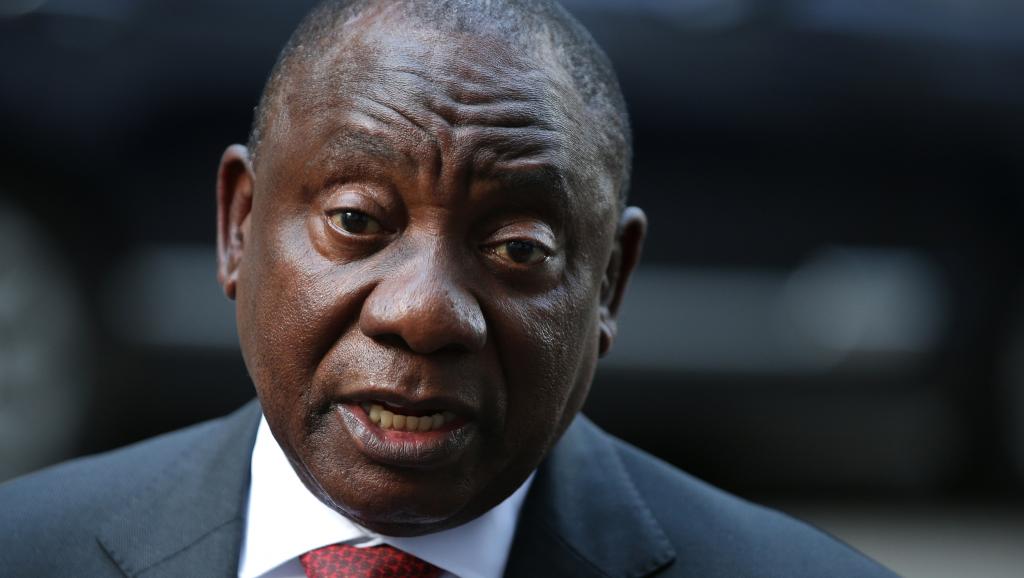 South Africa’s new President Cyril Ramaphosa on 26 February conducted a cabinet reshuffle, removing ten Ministers and three Deputies from post. In total, 20 cabinet portfolios were impacted by the shake-up. Ramaphosa’s appointments appear to have been driven by three primary considerations; restoring confidence and performance in the economy; demonstrating a commitment to tackling graft; and healing the wounds of the divided ruling ANC party by striking political balance in his selections. These three factors are likely to shape the direction of South African politics and policy-making in the coming year, as the country seeks to turn a corner on the controversial years of former president Jacob Zuma’s rule.

After years of stagnating growth and rising public debt, economic revitalisation is a key focus for the new administration amid a drive to restore investor confidence. With his new cabinet selection, Ramaphosa has made a strong statement in this respect, notably reinstating to the National Treasury the respected Minister of Finance Nhlanhla Nene who was controversially sacked by Zuma in December 2015. Nene has significant experience in the finance docket and will be seen as a safe pair of hands in seeking to improve macro-economic management and restore investor confidence. In particular, he has shown a willingness to resist political pressures and pursue sound policy decisions in the past, underlining his independence from some of the nefarious networks which sought to weigh on strategic decisions around public finance management under Zuma.

Nene’s hand will be boosted by the appointment of another thoroughly competent former finance minister who was also controversially sacked by Zuma, Pravin Gordhan, as the Minister of Public Enterprises. This is a highly strategic move since the country’s state-owned entities (SOEs) are saddled by debt and have been mired in politicised mismanagement for years, making them ripe for reform. State-owned utility Eskom alone holds debt of over R300bn ($25.5bn) which is backed by government guarantees. Other firms with significant state ownership like South African Airways and Transnet are also likely to be in the firing line for a shake-up. Gordhan has past experience in turning around dysfunctional state departments from his time as Commissioner of the South African Revenue Service, and he also demonstrated his integrity during his term as Minister of Finance, despite facing heavy political pressures at the time.

Another key economic appointment is that of Jeff Radebe at the Department of Energy. Radebe is one of the ANC’s most senior leaders who carries significant influence across the party but is also seen as competent and capable of tackling some of the great challenges that beset the energy industry. Radebe also has a relatively clean record of service and will give integrity to a department which has faced a number of scandals in the recent past including the illegal sale of Strategic Fuel Fund (SFF) reserves. The new minister is also likely to put an end to speculation regarding a nuclear deal that would have allegedly cost the country as much as R1 trillion ($84bn).

Lastly, the appointment of Gwede Mantashe as Minister of Mineral Resources is an interesting decision by the President. Mantashe has a union background and is a member of the South African Communist Party (SACP) where he was a former chair. He is not the most business-friendly figure to place in an industry that forms a bedrock for South Africa’s economy. As Secretary General of the ANC for two terms under Zuma, Mantashe is also somewhat tainted by his defence of the former president’s actions – notably in his silence on the State Capture scandal. Mantashe’s appointment appears to have two drivers. Firstly, his backing for Ramaphosa in the ANC’s elective conference brought a powerful ally on side in a tough internal contest, for which he is now being rewarded. Secondly, despite his apparent left-leaning politics, Mantashe has a history as a unionist in the mining sector, so he will bring a wealth of knowledge and experience in handling sensitive labour issues. His history with the National Union of Mineworkers (NUM) in particular gives him strong ties with the largest union in the sector, albeit potentially resulting in accusations of preferential bias by other unions. Importantly, we feel that under Ramaphosa’s guidance, Mantashe will seek to review the controversial Mining Charter introduced by his predecessor, which was has been criticised by both unions and the mining industry. This provides an opportunity for constructive engagement, but industry will need to tread a cautious line given who they are dealing with in Mantashe.

The fight against graft

It is notable that several of the Ministers removed from their posts have been linked in the past to allegations of corruption and cronyism encircling the patronage networks which thrived under Zuma. Ramaphosa knows that economic reform must be accompanied by a clearer commitment to tackling graft if he is to restore confidence and meet the expectations of South African voters who have tired of scandal and sleaze in public office. Although we believe there are strong limits to what Ramaphosa will be willing or able to achieve in this respect, he will at least seek to break down some of the historical patronage structures which have stifled key institutions, and improve governance through institutional reform and personnel change.

By bringing back figures like Gordhan and Nene, and removing some of the more controversial figures linked to scandals or controversies under Zuma such as Des van Rooyen, David Mahlobo and Mosebenzi Zwane, Ramaphosa is sending a message to voters and the markets. But the real test will lie in how the authorities handle the various charges levelled directly at Zuma and in particular, with regards to the State Capture issue linked to the former administrations ties to the Gupta family. A recent raid on a Gupta residence and associated arrests suggests that a firm line could be taken. But Ramaphosa will also be wary of not upsetting the party balance too much, and this may limit the appetite to drag Zuma through a damaging public trial which will inevitably draw attention to the ANC’s conduct more broadly.

Ramaphosa will look for easy wins on the anti-corruption front and the Guptas may prove an easier target than Zuma himself in this respect. But the issue will not go away. With the wind coming back into the sails of the ANC and Ramaphosa signalling change at every corner, we anticipate that enough is likely to be done to revive the party’s fortunes in the lead-up to the 2019 elections. But the anti-corruption drive will almost certainly fall short of many South Africans’ expectations, partly because Ramaphosa is not yet politically strong enough to confront some of the constituencies which have been deeply enmeshed in the web of corruption and mismanagement under Zuma’s rule. In fact, he appears to be courting some to strengthen his power base.

Ramaphosa has ascended to the presidency against the backdrop of a bruising internal struggle within the ANC and a fallout over Zuma’s controversial leadership. The succession battle to replace Zuma ran a real risk of tearing the ANC apart, such was the stridency of the factional divisions, the closeness of the contest, and the stakes at play. Ramaphosa is extremely conscious of this and has sought to extend the olive branch as a means of restoring party unity and setting himself and the ANC on course for re-election in 2019. These dynamics have forced him to compromise on some of his appointments – or at least strike some balance in the make-up of cabinet to assure unity.

The appointment of ANC Deputy President David Mabuza as Deputy President is a highly political move which will raise eyebrows in some quarters. The move has already been criticised by the opposition due to some of the allegations that surrounded Mabuza’s management of Mpumalanga province, where he presided over what was considered by some to be a mini-fiefdom of patronage, similar to the model employed by Zuma at the national level. Other notable political moves by Ramaphosa include appointing his principal challenger in the ANC leadership race, Nkosasana Dlamini-Zuma as Minister in the Presidency in charge of Planning Monitoring and Evaluation, and moving Finance Minister Malusi Gigaba over to Home Affairs. These moves suggest Ramaphosa is seeking to bring Zuma’s acolytes back under the umbrella of his leadership rather than hardening factional divisions within the party. In other instances, such as his decision to maintain Aaron Motsoaledi in the health docket and Rob Davies in the trade post, Ramaphosa is simply recognising performing ministers with strong constituencies as a means of maintaining stability in certain portfolios in the lead-up to 2019, when these figures will likely complete their ministerial terms.

Even the more controversial appointments listed above are likely to prove politically astute. But they will also perpetuate a challenging balancing act that will play out within the ANC and government. We anticipate that Ramaphosa will largely tread a pragmatic path in managing politics and determining policy direction. But the forces of competition and divergent pressure that he faces from all quarters – not just from within his own party – will create a constant source of tension and uncertainty that investors will have to navigate. In this respect, South Africa’s new power structures and government team undoubtedly set the country on a more positive trajectory. But the challenges of reviving the economy and balancing the need to address developmental challenges and the continued legacies of apartheid while upholding investor confidence and creating a conducive business environment remain no less daunting.

Roddy Barclay is the Director of Intelligence and Analysis at Africa Practice. In this role he oversees a team of political analysts and business intelligence consultants advising clients on managing risk and reputation in Africa.