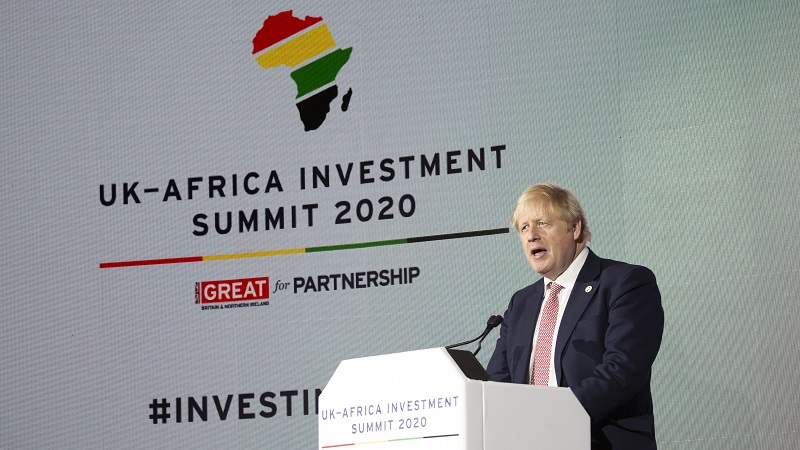 The inaugural UK-Africa Summit held in London on Monday had set expectations that this would provide a platform for the launch of ‘Global Britain’ as the country seeks to reconfigure its international trade relations in the wake of Brexit. But for all the hype, the Summit fell short of expectations. Many African leaders welcomed the aid-to-trade narrative shift, accompanied by announcements of £6.5bn of new UK investment on the continent. But looking beyond these headlines, the Summit exposed a number of shortcomings in UK foreign policy towards Africa in the wake of Brexit. It also suggested a lack of preparedness from African states in their plans for maximising benefits from Brexit in their future trade relations. Much will need to be done over the coming year to redress both issues. Despite this, if meaningful action is taken towards several strategic objectives – discussed below – future fora can prove more transformational than ceremonial.

In his keynote address, UK Prime Minister Boris Johnson was keen to promote ‘brand UK’ and the partnership opportunities presented by Brexit. But his pitch failed to emphasise the need for equitable partnerships with the continent. Instead, he primarily sought to score points at home in promoting the benefits of the Brexit agenda. Under the current administration, the UK appears to be taking a step closer to the strategy employed more overtly by the US, China, and lately Russia, in rooting their respective private sector interests at the heart of discussions on investment, development support and trade.

Historically, such an approach would have been unpalatable for the UK government in its quest to separate commercial and development interests. Now, there is both a greater emphasis on the centrality of business to development, and fiercer competition between businesses to play a part in the continent’s growth and development. Increased foreign investment is welcomed in most African countries. Yet, if it is to be transformational rather than exploitative, it is critical that strengthening commercial ties is driven by shared interests, support for the industrialisation agenda, increased value-addition and improved livelihoods.

Africa undoubtedly forms part of the post-Brexit narrative with the government expanding its Africa-focused team to support its deepening engagement with the continent. Moreover, for the time being, the UK’s implementing agencies – be it DFID, DIT or CDC – currently appear to be operating largely in their traditional fashions. But amid a highly political jostle to secure future trade relationships, the continent appears set to be a peripheral focus and Monday’s summit would suggest that a coherently articulated Africa strategy still needs to be defined.

Across the UK government’s departments, there is wide recognition of the alignments that exist between UK expertise in various sectors – financial services, agriculture, healthcare, renewables and engineering to name but a few – with the needs of the continent. But unless this alignment can be front and centre of a clear political strategy, there is a real risk that a new approach to trade and investment will falter amid a lack of political will to push for anything more than the status quo.

As things stand, this remains a risk in any case – in the short term at least. Johnson’s government remains stuck in a Brexit limbo in which attention is primarily focused on establishing a new relationship with the EU – and the extent to which promised US trade negotiations can be used as leverage to force a good deal with European leaders in this respect.

This means that the immediate priority centres on rolling over existing agreements such as the much-maligned Economic Partnership Agreements (EPAs) between the EU and Africa (of which the UK is currently a part) to avoid future trade disruption when the UK eventually leaves the EU. There remains a real risk that these temporary transitional measures become the new status quo as a lack of political momentum and prioritisation hinder the inception of new agreements that go further than their EU counterparts and both seek to promote UK trade and align with the African vision for future trade and investment relations. In this respect, it is worth noting that the EPAs took nearly two decades to negotiate and the “new issues” the UK would likely seek to include in future additions, such as public procurement, financial services and intellectual property rules, are by no means easier to liberalise than traditional modes of trading.

The summit also highlighted some of the shortcomings in strategy being adopted by African governments. Inundated with international summits and busy domestic agendas, it is little wonder that African heads of state often attend such fora without a clear or aligned agenda among themselves. This leaves them open to being driven by the priorities of the host government.

As efforts advance to promote continental and regional agendas through the African Union and other regional bodies – as well as frameworks such as the African Continental Free Trade Agreement – it will be beneficial for African leaders to put forward a more united front in shaping the agenda for some of these international summits. By formalising and aligning an approach, such summits will not serve merely as a procession of investment commitments, but actually seek to shape how partnerships are deepened or evolved to drive mutual benefit on a shared agenda.

About the author: Roddy Barclay is the Director of the Intelligence and Analysis team at Africa Practice, overseeing a team of political analysts and business intelligence consultants across the continent.