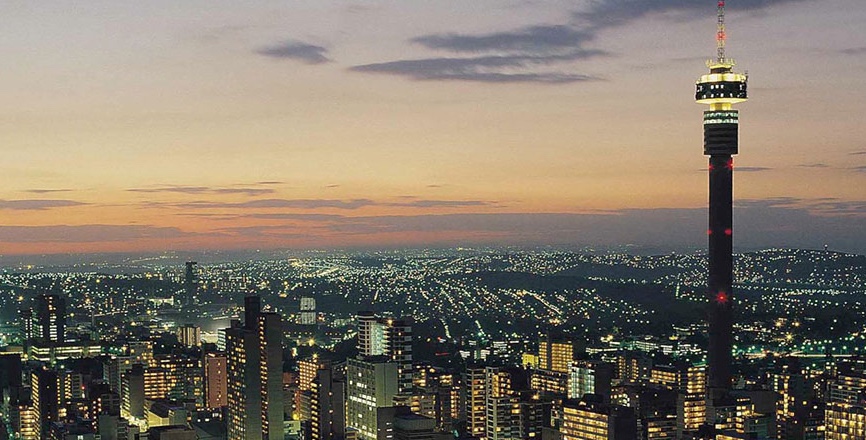 VOLATILITY AND SURVIVAL OF THE FITTEST

Volatility is the new normal in the mining industry, says pan-African consulting firm Africa Practice founder and CEO Marcus Courage. “Companies must adapt. They must become agile by identifying their core competencies and where to play and manage the politics,” he states.

Courage notes that global economic output continued to affect the mining industry in 2016. Sluggish economic growth among G7 and G20 nations led to weak demand and soft commodity prices. Companies continued to write off debts and make impairments. The capitalisation of the world’s largest mining houses remained less than half of what it was at the start of the decade. Financial discipline remained the order of the day. Companies had no choice but to cut back on new developments and reduce costs.

In addition to this, a number of political events have heightened volatility and regulatory uncertainty.

“A Trump administration, Brexit, assertive Russian diplomacy, a leadership contest in South Africa and the Big African economies of Egypt and Nigeria contending with unprecedented currency woes – none of these events give me any confidence about the outlook for political stability in 2017,” says Courage.

“We are seeing small recoveries in market capitalizations and commodity prices – but there’s still a long way to go and a lot of volatility. Politics and regulation temper my confidence in a sustained recovery,” he notes.

At the helm of the consultancy, which he founded in 2003 to help African companies and global investors understand shifting political, policy, regulatory and societal trends on the continent and to equip them to identify the opportunities and manage the risks these present for their operations, Courage and his over 75 team members supply risk advisory, public affairs and stakeholder engagement solutions to many of the largest companies, investors and foundations operating in Africa today.

Unpacking some of the most notable events that took place in the African mining industry in 2016, Courage is positive, yet provides an honest picture of what this year may hold:

In South Africa, we are waiting to see how Department of Mineral Resources Minister Mosebenzi Zwane intends to finalise the new Mining Charter and key pieces of legislation such as the Mineral and Petroleum Resources Development Act. The major revelations set out in the State of Capture report authored by the former Public Protector, Thuli Madonsela, regarding the sale of the Glencore-owned Optimum coal mine to Gupta-family linked Tegeta Exploration & Resources in April 2016 and political interference in this process, has set a very bad precedent. At a macro-level, investors still need assurances that the government has a plan for addressing a plethora of political and economic challenges that the nation faces.

In Tanzania, it was announced in November that those companies holding special mining licences would have to list 30% of their shares on the Dar Stock Exchange (DSE). The Minister for Energy and Minerals has the authority to suspend or revoke licences of companies that fail to comply with the new regulations. The move is part of the government’s focus on increasing local ownership, transparency and revenue collection from money spinning industries, including the telecoms sector, which faces similar requirements to list locally. There’s been a noticeable spike in nationalist rhetoric directed at large scale (foreign) miners, which merits careful monitoring.

Guinea (Conakry) made the headlines again in 2016, this time in relation to the nation’s flagship iron ore project, Simandou. The project comprises a mine in the Kankan region, and a 700 km railway and a port at the coast – both of which have yet to be constructed. Cost of construction is calculated at not much less than US$20 billion.

In October, Rio Tinto announced its intention to sell its stake in the project to Chinalco – despite committing to its development. Negotiations are ongoing and a final transfer of equity to Chinalco is expected later this year. Meanwhile, Chinalco has its eyes trained on some of the most bauxite-rich blocks in the country – the Boff a blocks.

The government in Mozambique has shaken investor confidence – defaulting on its obligations to bondholders. On a positive note, progress is being made at the Nacala (coal) Corridor project, seen by investors as a litmus test for Mozambique’s investment climate. Coal major Vale has secured significant funding from the IFC, taking it closer to the magic US$2.7 billion financing target required. Once the target is hit, Japan’s Mitsui & Co. will finally be able to enter the Nacala Logistics Corridor. The prospect of a large Japanese trading house investing in a major infrastructure project in Mozambique bodes well for investor sentiment towards the nation.

Africa’s largest economy for a brief period earlier this decade, Nigeria has since slipped down the league table. Contending with a recession, the government is trying to diversify its economy fast. The nation’s eminently intellectual Minister of Mines, Kayode Fayemi, has announced big plans to grow the sector. He wants the industry to contribute 5% of GDP by 2025 (currently less than 0.5%) and has identified seven priority mineral resources based on proven reserves (iron ore, coal, bitumen, limestone, lead/zinc, gold and barite). The government finally struck a deal to take ownership again of the Ajaokuta Steel Refinery, which the Minister intends to concession out to a bidder later this year.”

So, while the mining industry will continue to face significant market challenges and constraints in 2017, there’s deal-making to be done also, Courage believes. Some of the world’s biggest mining companies – Anglo American, Glencore, Freeport McMoRan and others – have been divesting to shore up their balance sheets, affording newer entrants such as Neal Froneman’s Sibanye and Kennedy Bungane’s South African based industrial holding company Pembani Group to capture value for their stakeholders.

“The onus in 2017 will be on governments to make the environments for investing more attractive, and for mining firms to identify efficiencies and to carefully manage costs. Those firms with their eyes firmly fixed on the long-term rewards and their corporate radars trained on monitoring and adapting to political risk will be the beneficiaries,” Courage notes. Rentier African economies will continue to struggle, says Courage, noting that only those nations which have forged a deliberate industrial policy to build domestic and cross-border value chains and diversify their economies to serve domestic and regional consumers, will flourish.

“Firms need to understand what is important to their customers, employees, communities and host government and build their business strategy in a way which delivers value to all. By taking a long-term view and demonstrating authentic commitment to creating what at Africa Practice we call Shared Advantage (for the many and not for the few), companies can navigate political risk and play a first mover role in markets that others may dismiss as the opportunity doesn’t come neatly packaged.

“Frontier waters may be choppy but if you understand the winds, you’ll move quickly,” says Courage. He advises that rather than lamenting heavy-handed regulation, firms must proactively engage governments to build understanding of their business models and the contribution that their industry and their company can make towards catalysing economic development and creating new sub-sectors of economic activity. “It’s a critical step in bridging the trust deficit that often undermines mining investments.”

Marcus Courage is founder and CEO of Africa Practice