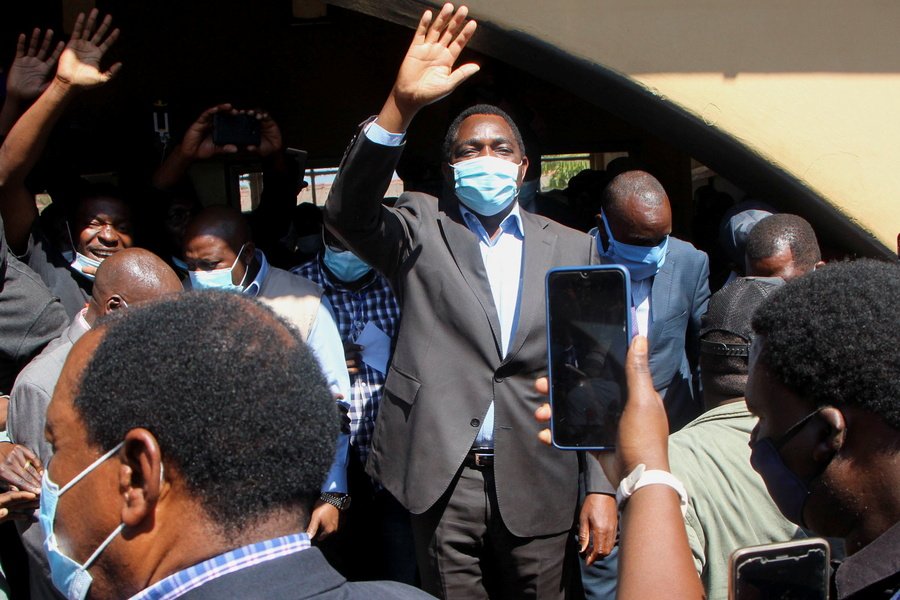 ZAMBIA ON THE RIGHT TRACK?

17 August marked a new dawn for Zambia – the country’s opposition leader won a highly contested presidential election. Hakainde Hichilema secured 59.3% of the votes, defeating incumbent Edgar Lungu who trailed behind with 38.3% of the votes.

The polls were marred by pre-electoral violence, internet shutdowns, as well as restrictions on assembly and movement during the campaigning season. Although Lungu expressed concerns about the elections being free and fair, he ultimately accepted the results paving the way for a peaceful transition to power.

Hichilema has been on Zambia’s political scene for close to 15 years, leading the United Party for National Development (UPND). This is his sixth attempt at the presidency. The career of the veteran opposition leader has been marked by significant friction with the ruling party, resulting in 15 arrests.

His electoral success can be attributed to the backing of the youth, whose precarity has only been compounded by COVID-19. The polls saw the country’s highest voter turnout in history with voters below 35 years constituting more than half of the electorate. Young Zambians have been grappling with rising unemployment rates and severe currency devaluation amid a deteriorating macro-economic landscape altogether. Hichilema is also a businessman, a background some believe would help lead the country’s post-pandemic recovery.

Zambia’s forthcoming budget speech, due to take place in September, will offer a clearer indication of the government’s policy priorities. So far, Hichilema has pledged his commitment to a more robust democratic reform, including strengthening Zambia’s rule of law and restoring fundamental freedoms, most of which were compromised during Lungu’s administration.

On the economic front, Hichilema’s first priority will likely be to implement reforms and work towards an agreement with the IMF for financial assistance. Last year, Zambia became the first African country to default repayments to the IMF during the pandemic.  The president-elect  is confident that he can speed up the IMF talks; within his five-year term, he is also aiming to achieve GDP growth of more than 10%.

Ofile Lesotlho is an analyst in Africa Practice’s Gaborone office, she can be contacted on [email protected]

The World Bank estimates that a billion people globally are...
15th Sep 2021 | Our Reports

The putsch that toppled Alpha Condé in Guinea

Out of 66 countries worldwide that have enforced social media...
1st Sep 2021 | Africa UpFront

Social media – ban, engage or create your own

What to expect from Nigeria’s IT roadmap