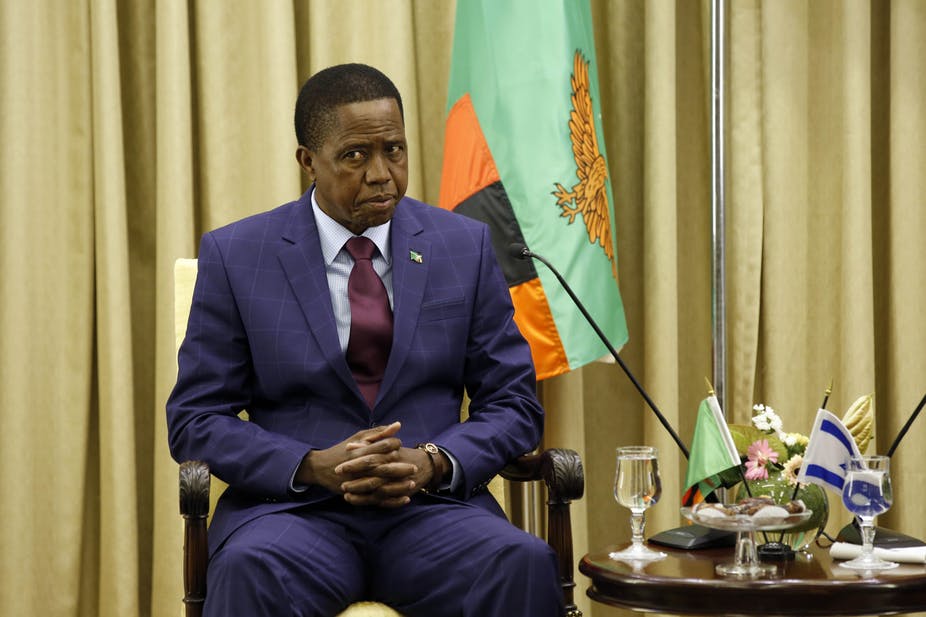 On Wednesday 14th of February President Edgar Lungu executed his biggest cabinet reshuffle since he was re-elected in the 2016 elections, making changes in key cabinet portfolios including the Ministries of Finance; Mines and Mineral Development; Agriculture; and Commerce, Trade and Industry. After months of lobbying by ruling Patriotic Front (PF) members, the removal of Finance Minister Felix Mutati is one of the most significant decisions taken by the government, holding potential consequences for the trajectory of public finances and broader macro-economic management.

Mutati is not a PF member but rather heads one of the two main factions in the PF-aligned Movement for Multiparty Democracy (MMD). His appointment in 2016 never sat well with PF cadres who felt that their loyalty and seniority in the party had been overlooked by Lungu on behalf of an outsider for this strategic post. Moreover, they felt Mutati had limited incentive to pursue the electoral mandate of the PF and saw him as a blocking force against some of their associated spending plans.

Although rising copper and mineral prices have alleviated Zambia’s weak macro-economic position, the state of public finances still requires responsible and sustainable management if Zambia is to thrive in the long-term. In this respect, Mutati’s dismissal carries risks for the economy as it leaves the finance docket more exposed to the vagaries of populist PF spending pressures in the lead-up to the next elections. It also places the protracted IMF talks around a US$1,3 billion extended credit facility even more in the balance. The talks had already stalled last year amid concerns over the government’s commitment to reform and responsible spending, with Mutati being seen as a key figure leading the efforts to streamline and cut back on costly subsidies. His departure may further cool the IMF’s appetite and place Zambian public finances at higher risk of default in the medium term.

The motivations for the cabinet reshuffle have not yet been made clear by the administration. However, earlier this year Lungu was reported to be upset over stalled infrastructure projects across the country, which led him to institute a special task force to expedite completion – of which Mutati was a part. The former Finance Minister has been pushing for more conservative and restrained approach to managing public finances, calling for a slowdown in borrowing in 2018. According to the IMF, Zambia’s debt risks are mounting, with debt currently sitting around US$11 billion, consisting of external debt of US$7.6 billion and domestic debt of approximately US$3.8 billion. External debt alone represents around 29% of GDP. The 2018 budget projected that the country would be paying 27% of its revenue in servicing this debt.

Rising debt since the PF came to power in 2011 has been premised on four principal factors. These are namely: a significant boost in infrastructure spending, notably roads and housing; spiralling subsidy costs which have only been scaled back in recent months; resistance to public sector reforms and an associated reduction of the wage bill; and a rising debt servicing burden linked with the three previous factors. These dynamics have seen external debt balloon from US$2 billion in 2011 to the present US$7.6 billion. As much as US$3 billion of this was financed through the issuance of Eurobonds at commercial rates.

The relationship between Lungu and Mutati has likely been strained by disagreements over state spending. Mutati has appeared as an increasingly isolated voice in government in pursuing the IMF talks with enthusiasm, given the strings that would be attached to such a programme. The IMF has already got the Zambian government to cut around US$1 billion in subsidies which impacted electricity and fuel tariffs.  While the economy has been recovering, the removal of subsidies and increase in fuel and electricity have hit ordinary Zambians hard. This has not produced any social upheavals but the PF fears that its popularity, particularly in the poorest areas, has been taking a hit as a result of stalled projects and the rising costs of living.

The new Minister of Finance Margaret Mwanakatwe has been moved across from the Ministry of Commerce, Trade and Industry. She faces political uncertainty in terms of her parliamentary seat for Lusaka Central, with her election victory from 2016 still in dispute through the courts after she lodged an appeal when the result was annulled. If the Constitutional Court upholds the annulment decision, she would lose her seat and a by-election will have to be held. Her status as an MP would have to be revoked and this could provide a major distraction to her ministerial duties as well as having potential implications for her post. Lungu has already used up the cabinet appointments that can be made from outside parliament.  This creates some uncertainties around the post and piles pressure on the courts over what will become a very politicised ruling.

Despite all the turnaround, the IMF talks are likely to continue in the coming weeks. But the Zambian government may drag its heels over its reform commitment even more without Mutati at the helm. The country has already been looking at alternative funding options, including raising revenues internally. This would include increasing the revenue from taxes, with measures already underway to broaden the tax base and enhance compliance. The state will also continue with other revenue-raising measures such as levies on toll roads, and hikes on import duties. In terms of alternatives options for borrowing, Zambia is principally looking at China, with access to mineral resources likely to play into this equation.

Other changes in the cabinet portfolios are unlikely to have as great an impact on government and the economy as the removal of Mutati. Changes at the Ministry of Mines and Mineral Development will unlikely see any change in the strategic direction of the ministerial docket. Lungu has maintained a strong and good relationship with the mining sector, and he recently intervened on behalf of First Quantum Resources to throw out a court case which sought to recoup billions of dollars from the Canadian firm. In the agriculture docket, it remains to be seen how Dora Siliya’s replacement acts in one of the country’s most important sectors, which employees and feeds the majority of the population. Mutati’s removal may impact how all departments act in terms of spending, which could see a department like agriculture leaning towards a more interventionist strategy, either through the Food Reserve Agency’s role in buying maize or through floor-price fixing of staple foods.

Above all, the reshuffled cabinet will pursue policies and spending plans which sure up the PF’s support base in key constituencies. While the next Zambian elections are not until 2021, the bruising post-electoral period has left Lungu and the PF looking to reassert their authority and support, especially amid challenges over whether Lungu would actually be allowed to stand again in 2021.  To strengthen its support, the ruling party is looking to drive home a populist message and demonstrate results on the ground. But this may come at a cost if the country’s finances are not kept in check.