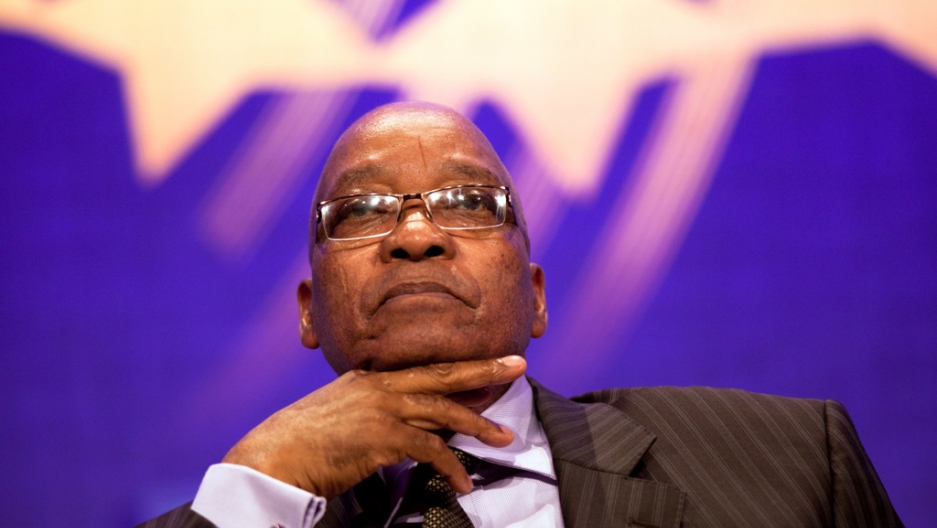 back to all insights |Published 1st Apr 2017

After weeks of mounting speculation, President Jacob Zuma today finally pulled the trigger and fired Finance Minister Pravin Gordhan and Deputy Finance Minister Mcebisi Jonas. The move has already sent the rand plummeting but this is likely only the beginning of South Africa’s economic woes. What follows is likely to be a political and economic fall-out that could potentially take South Africa years to recover from. Whilst Zuma made changes to 20 Ministerial positions – ten Ministers and ten Deputies – his real target since December 2015 has been making a shift in the Treasury to put in place leadership that will be more compliant to his interests and those of his allies, notably the controversial Gupta family.

The replacements for Gordhan and Jonas are long serving ANC members, Malusi Gigaba and Sifiso Buthelezi. Neither has significant experience in the finance docket. Gigaba has been head of Public Enterprises and most recently Home Affairs. While Public Enterprises Minister, he oversaw many of the failing state-owned enterprises and was charged with overseeing a sustainable turnaround – notably of the national airline, SAA. Meanwhile, Buthelezi was appointed a year ago having been a backbencher until recently. Buthelezi has long ties with Zuma, having served as his advisor when the President was an member of the executive council for Finance at the provincial level for KwaZulu-Natal.

Zuma’s explanation for the reshuffle is to improve efficiency and government effectiveness. The President states that he has directed his new ministers to bring about “radical socio-economic transformation”; a term which has been used by Zuma’s allies to defend the President and his associates, placing a populist slant on a deeply political decision.

Gordhan’s removal will have a major impact on the financial markets, with the Rand already dropping from R12.31 to R13.38 to the dollar overnight. An analogous situation in 2015, when Nhlanhla Nene was removed as Finance Minister and replaced with the inexperienced Des van Rooyen saw the rand drop by 8%. In addition to his relative inexperience, Gordhan’s replacement Gigaba has also had allegations levelled against him for having links to the Gupta family – although there has yet to be any revelations as significant as those exposed in the “State of Capture” report released by the Public Protector in 2016. Gigaba is a key ally of the President and was one of his main defenders when a group of ANC stalwarts called for his resignation in 2016. The prioritisation of political loyalty over experience in such an important ministry has the ability to severely unnerve investors and rattle the country’s economy.

Rating agencies held off on a downgrade earlier this year, but this move will likely see them come back to either give a further negative warning on the country or in a worst-case scenario, give South Africa the long-feared downgrade – despite the fact that several economic indicators have been positive in recent months as emerging markets have witnessed an uptick. The rising cost of borrowing for South African institutions as a result of the downgrade will impede the government’s development initiatives. Panic could set in for local and international investors with holdings in the JSE, and the country could see a significant sell-off of shares.

The integrity of the National Treasury is also a major concern in terms of how the new Minister will interact with business and key financial institutions, and whether it may now be utilised to place pressure on organisations that are standing in the way of the interests of the President and his key allies. Under Gordhan, the treasury was seen as a bulwark against corruption and financial mismanagement. It was independent and able to withstand pressure from even the President. Gordhan had not bowed to pressure from the Guptas when their accounts were shut by banks who cited concerns about possible fraud and other illicit activity. There is a real sense that the new Minister may not follow suit.

Other key institutions to be watched under the new Minister of Finance will be the South African Revenue Service (SARS), the Public Investment Corporation (PIC), the Financial Intelligence Centre (FIC) and the South African Reserve Bank (SARB). Stronger control and influence by the Presidency over these institutions through a malleable Minister will be important to secure his own financial future and those of key allies. A revenue collection service that could be pushed to turn a blind eye to how certain companies and individuals are earning their wealth could help those who were implicated last year in the ‘State of Capture’ Report. The PIC, with a 12.5% share of JSE investments, provides considerable financial muscle to the interests of the President and his associates. Whoever occupies the position of Deputy Minister of Finance has a seat on the board of the PIC and can direct the institution’s investments towards projects that could not receive such backing from more objective institutions.

A downgrade will have devastating consequences for not only the economy but on the socio-economic environment where millions of South Africans have already been feeling the pain of lethargic growth and development. A depreciating currency would see a rise in fuel and food prices and could lead to a rise in social unrest, which will likely be instigated by agitators such as the opposition EFF party, civil society and unions.

The cold war will turn hot

Politically, the fallout will be devastating for the ruling party as well. A handful of Ministers could now resign from government in support of Gordhan, including the Deputy President of the country and ANC, Cyril Ramaphosa. Ramaphosa had apparently threatened to do just that in 2015, if Zuma did not reverse his appointment of Des van Rooyen, after the removal of Nhlanhla Nene as Finance Minister (just four days later the decision was reversed). The resignation of ANC Ministers would further ignite the acrimony between members of the ANC. Those opposed to Zuma, such as the 100 ANC stalwarts who called for his resignation in 2016, would have further ammunition to come out in full force. The ANC’s allies, the SACP and Cosatu have already voiced their disapproval against such a move, with the SACP threatening to command its members who are Ministers to resign.

Zuma’s biggest risk will be in parliament, as the removal of Gordhan and resignation of Ministers could change how ANC MPs approach any next motion of no confidence that may be called. ANC MPs could exercise their power and remove the President. The ANC has 249 of the 400 seats in parliament, which would require over 50 ANC MPs to vote for the motion of no confidence.  MPs have mainly toed the party line when it comes to voting in motions of no-confidence, unwilling to act on wishes of opposition parties. However, the removal of Gordhan may be the last straw which could push them towards voting against their leader. Many of the Ministers and Deputy Ministers who have been axed will remain MPs meaning that they will still have a public forum to voice their displeasure.

The balance of power between the warring factions within the ANC will determine how long President Zuma remains in power. Efforts to remove him in parliament may fizzle quickly or not occur at all if the President has numbers on his side in the ANC National Executive Committee. The President is clearly quite confident in terms of where his support stands, which explains the big move he has made. His opponents, on the other hand, do not have as firm a standing. The business sector, civil society and even media and the middle class may be steadfast against growing Zuma control, but the poor of South Africa who continue to vote and are members of the party may see things from another perspective. The idea of radical economic transformation is appealing to large numbers of South Africans who have not seen the benefits of the economy under the internationally respected hand of Pravin Gordhan so Zuma’s populist rhetoric is a clarion call to these supporters. It remains early days but the loudest voices who are panicking in reaction to Zuma’s move appear to be mainly white, rich business owners. When Zuma asserts that he is fighting “white monopoly capital”, he may win himself plenty of supporters both in and outside the ANC.

The axing of Gordhan and other Ministers could ultimately be catalysts of not only the end of the ANC alliance but the most significant split of the ANC to date. The end of this battle will be the party elections scheduled for December 2017, where the stakes will be high, especially for the President. At the end of 2017, we could see the ANC split into factions. The battles that will ensue throughout this year and beyond will leave the ruling party in a weakened position for when it contests the 2019 election. It remains to be seen how far these battles go and what state they leave the ANC in come the polls, but the ruling party’s dominance is undoubtedly on the wane; and Zuma’s leadership will continue to play a big part in this outlook.

Sinethemba Zonke is a Southern Africa analyst in Africa Practice’s Intelligence & Analysis team. Sinethemba is based in our offices in Johannesburg and is a regular commentator on South African politics. He has advised businesses across a range of sectors in South Africa and its neighbouring states.